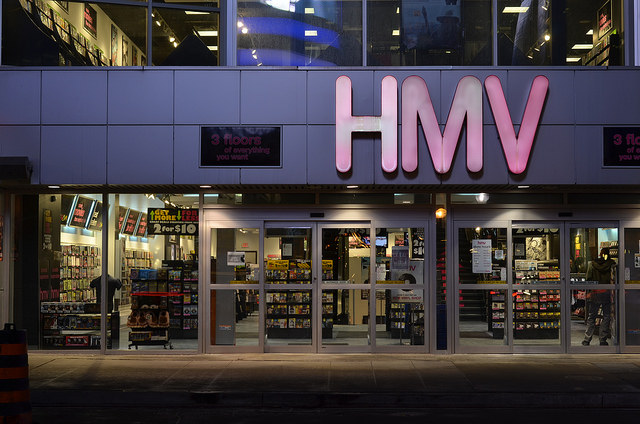 HMV are due to re-launch their online website for the first time since the store ran into financial difficulties in 2013.

The music and entertainment store has not been part of the digital sales market since the chain went into administration in January 2013. At that point HMV had built up over €200 million in debt which threatened the closure of 223 shops and more than 4,000 jobs. Three months later restructuring experts, Hilco, stepped in and saved 140 stores.

Since then HMV have reported profits of over €23 million in 2013 and it was announced that the company have overtaken Amazon as Britain’s biggest physical music retailer.

It has been reported that HMV are now expected to enter digital sales once again by launching their online store in the next couple of weeks.

HMV’s chief executive Paul McGowan noted that “People are switching from downloads to streaming music, so digital is eating digital but physical music sales are recovering. We are careful that we don’t want to overcook it but there is a larger potential for the UK website to lift the business”

Plans have been revealed by HMV that states that the company plan to open ten more stores in Ireland as well a number of stores in the UK.