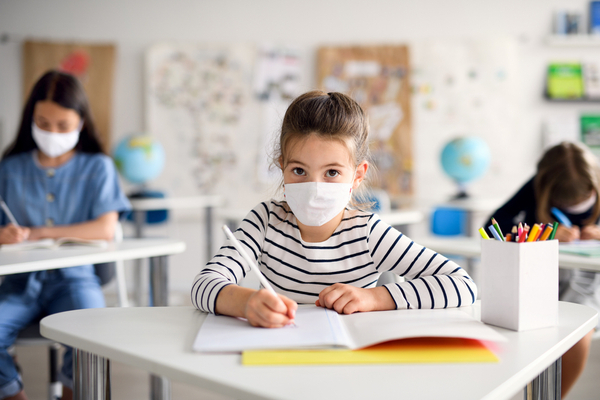 NPHET is expected to discuss the issue at today’s meeting, although the Government does not intend to introduce any new restrictions this week. According to The Irish Times, the Government will only consider any recommendation NPHET make next week.

Several reasons can have caused the rise in cases within children, as Prof Horgan told RTÉ’s Morning Ireland. Knowing how effective we can see vaccines to be, Horgan worries that “they are a group that haven’t been vaccinated. Secondly, they don’t still use masks. The rest of the population do. So, it may be a time to consider that. Because we do want to reduce the infection as much as we possibly can.”

According to the latest, National figures, primary school-aged children can be seen to have the highest COVID incidence of any age group. Reports of cases within the age category have produced around 10,000 positive cases in the past fortnight. Although a HPSC report notes a rising trend of infection rate since October, the risk of transmission in schools still remains “low”.

Horgan believes it is likely that a vaccination for 5 to 11-year-olds will be recommended by the European Medicines Agency (EMA) within the coming days. The professor hopes the country can avoid being sucked back into lockdown, which she describes as a “last resort”, and “blunt instrument”. She explains that although the pace of the booster vaccine rollout was “not ideal, – we are where we are.”

“We have developed loads of tools that we need to effectively use to avoid a lockdown. The current situation in hospitals is steady. It [the virus] has always been uncertain and unpredictable so we do need to watch things very closely,” Horgan said.

Booster vaccines are being provided to the over-40s category in the UK, while the over-50s category in Ireland will only begin in late December. Given the rate of referrals, Horgan also acknowledges the difficulties in getting a COVID and stressed that the public is continuing to “step up to the plate”.

“[The public] are doing what is asked of them and that is reflected in that steady state we are seeing at the moment. Symptoms of COVID are very similar to symptoms of other respiratory viruses. Thankfully, we are seeing very little influenza. I am a big advocate of antigen test,” declared Horgan. “We have a very educated population. We need to trust the population. Let’s follow the science and use antigen testing in a very measured, appropriate way in the population.”

Earlier today, the European Medicines Regulator formally approved the Pfizer COVID-19 vaccine for children. Kids aged 5-11 will be able to receive a lower dose of the vaccine than adults. The National Immunisation Advisory Committee will now evaluate the evidence before passing on their findings and recommendation to government.