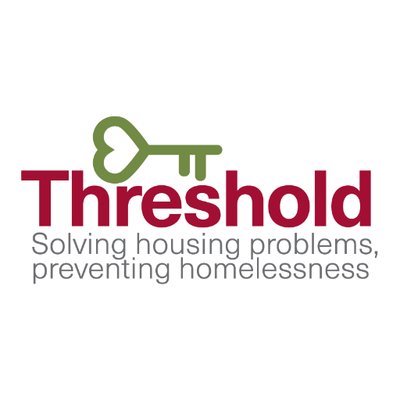 The national housing charity Threshold took 71,319 calls in 2016 and helped 21,625 people during that time with tenancy issues.

The figures are included in it’s 2016 annual report, which was launched today by Minister of State for Housing and Urban Development, Damien English TD, while Lord Mayor of Dublin, Ardmhéara Micheál Mac Donncha also officiated at the launch, which was held at the Mansion House in Dublin.

Almost a third of calls to the charity were in relation to situations where clients were at risk of losing their homes. Threshold staff also noted an increased complexity in tenancy-related queries, with many of its clients in need of in-depth support and advocacy.

You can find more about how we have helped people #renting or facing #homelessness at https://t.co/mSoraiiZuG #Threshold16 pic.twitter.com/mJLMZXQJbN

Each housing advisor made an average of six contacts with every client in an effort to deal with their cases.

Of the 71,319 calls received in 2016, 14% were regarding tenancy terminations, while a further 14% inquired about their rights circulating substandard accommodation.

Other calls were made around the issue of rent reviews, invalid notices, reducing availability of rental properties and people seeking accommodation.

Chair of Threshold, Dr. Aideen Hayden commented: ”The unprecedented level of calls received by Threshold in 2016 is indicative of the financial and mental distress experienced by those living in the private rented sector, where there remains an acute shortage of supply.”

“Individuals and families find themselves in dire situations as competition for homes at the bottom end of the rented market has led to greater poverty and the emergence of overcrowding and falling standards.”

“We are particularly concerned with the rise of hidden homelessness where people who have already lost their rented homes are living with family members or friends and where the physical circumstances place pressure on relationships, which bring them one step away from homelessness.”

By the end of 2016 we had prevented over 10,000 people at immediate risk from losing their homes #Threshold16 @homelessdublin.ie @pobal @HousingPress pic.twitter.com/Dw03xPAekb

In response to the growing challenges being faced by tenants in the private rented sector, Threshold extended its Tenancy Protection Service (TPS) to Dublin’s commuter counties Meath, Kildare and Wicklow – and presented the first annual report from the Cork-based Southern region TPS in 2016 as well as adding the service to Galway.

Speaking at the launch, Threshold chief executive, John-Mark McCafferty said: ”The Tenancy Protection Service has proven to be highly effective in preventing homelessness and keeping people in their home at a time where the cost of renting, and the scarcity of rental accommodation, is no longer a viable option for many.”

”Since the Tenancy Protection Service launched in 2014, Threshold has prevented more than 10,000 people from losing their homes by the end of 2016.”

“Families were identified as being at imminent risk of homelessness due to rent arrears, being given notice of termination, affordable rent increases or threatened illegal eviction.”

Met Éireann Issue A Status Yellow Warning For The Weekend