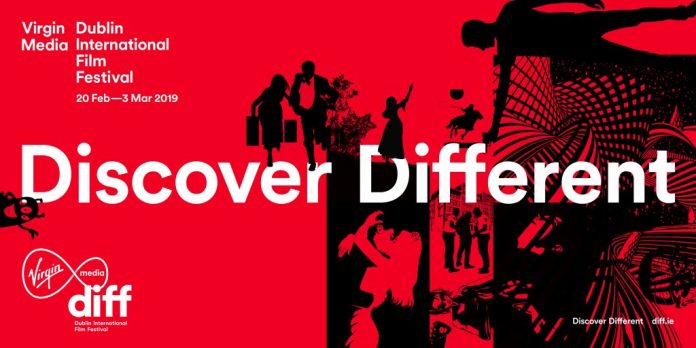 Virgin Media Dublin International Film Festival, Ireland’s premier film event is marking the countdown to the festival by lighting up a number of iconic Dublin buildings in Virgin Media Red.

The lighting and projections onto these buildings will reflect the visual branding of the festival and will take place from today, Thursday 21st February to Saturday 23rd February. Projections are planned at Heuston Station, Smithfield Square and Barnardos Square while City Hall, Dame Street and Civic Buildings will be lit up in Virgin Media Red.

Also, a customised mobile cinema will cycle around Dublin featuring content from the festival and will run competitions to win tickets to the festival.

“This programme is hugely exciting and showcases the very best in Irish and international film and talent. We want to encourage as many people as possible to experience and support the Virgin Media Dublin International Film Festival first-hand. We are hoping that by lighting up the city in Virgin Media Red we will help improve awareness of this event and programme.

The programme features over 125 events across 12 days and includes the best in local and international feature films, short films and documentaries. There is also a dedicated children’s and young people’s programme and a host of special events featuring industry leaders.

Filming Has Begun On The Fifth Series Of Peaky Blinders