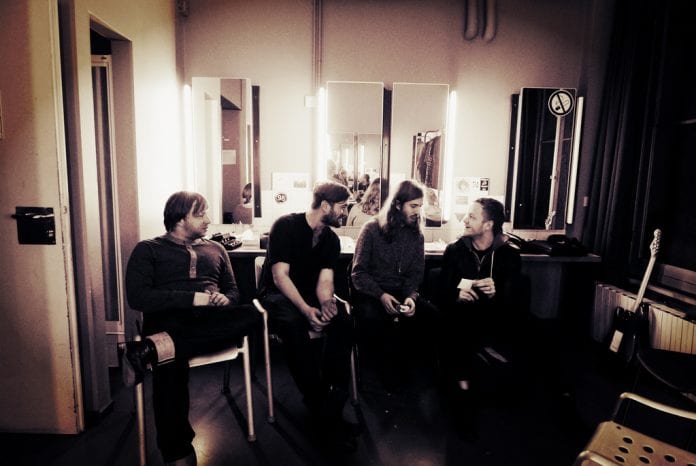 Imagine Dragons have just announced Europe & UK dates for their Evolve Tour. Including one at the 3ARENA, DUBLIN on the 26th FEBRUARY 2018. Tickets go on sale this Friday at 9am.

The tour follows the release of the band’s third studio album of the same name, ‘Evolve’ and will kick off in early 2018. Dates for North America were already released, and now the addition of UK and European dates are sure to delight fans here.

Evolve was released on June 23rd, and has already had rave reviews. It also achieved the highest first week streams for an alternative rock band ever. The record also achieved Platinum certification in 5 countries, gold certification in an additional 12 countries, making it the only rock album to be certified gold this year in the US. If that wasn’t enough, they also have achieved a massive 1 billion+ Spotify streams to date. Lead single from the album ‘Believer’ nabbed the top spot on the Alternative radio charts for 12 weeks, breaking the previous 13 year-long record for number of spins. “Thunder”, the second single from the album is doing extremely well too, with over 331 million streams to date.

Tickets are priced at €41.05 including booking and facility fee. via www.ticketmaster.ie. More details and the complete itinerary are available at www.imaginedragonsmusic.com/tour.