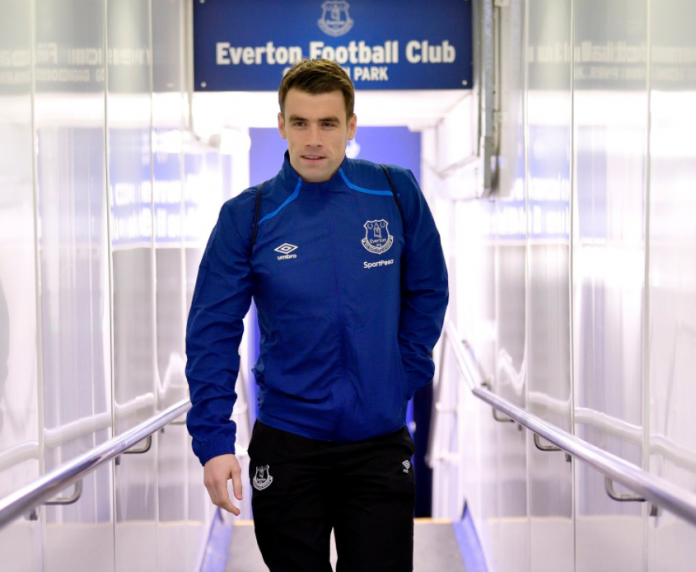 Republic of Ireland international, Seamus Coleman, made his return to football last night.

Coleman has been out of action since March 2017 following a serious leg break which occurred while he was on international duty.

The 29-year-old, Donegal man, has spent the past 10 months recuperating and was more than happy to take to the field last night for his club side, Everton.

The Everton U23’s took on Portsmouth in their Premier League Cup tie at Goodison Park with Coleman staying on the pitch for an hour.

🔵 | Seamus Coleman on why his return from injury was such a special moment…https://t.co/eBKBeMBtGt pic.twitter.com/hTu5vEOyZs

The full back insisted there were no mental effects on his football when speaking on the club’s website: “I knew tackles and things like that were never going to be a bother.”

“I enjoyed the game. It was great for it to be here at Goodison Park – it made it that little bit more special. […] To be able to walk out the tunnel and see the stadium was great.”

Coleman has since returned to training with the clubs first team in recent weeks.