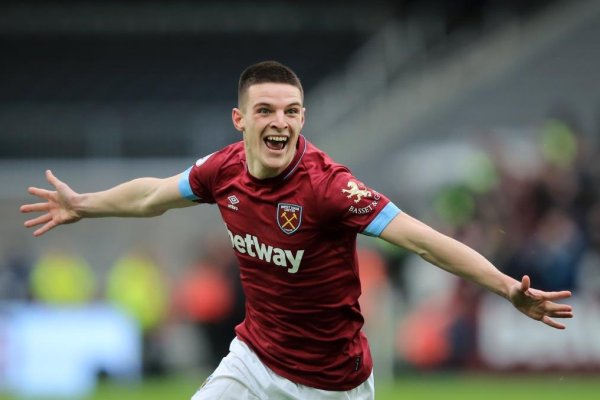 Proud and honoured to receive my first @England call-up. Can't wait to get started & meet the lads🦁🦁🦁

Fresh from being named the FAI young player of the year, Ireland capped international midfielder Declan Rice has been included in an England squad for the first time.

The West Ham midfielder has been named in Gareth Southgate’s 25-man squad for their Euro 2020 qualifiers with both the Czech Republic and Montenegro.

The 20-year-old appeared for Ireland’s youth teams and won three senior caps, but FIFA last week ratified his switch to England as those three appearances came in friendlies.

Rice was the only uncapped player in the squad as Southgate favoured the tried and tested on the whole for the World Cup semi-finalists.

Niall Quinn & Kevin Kilbane both reacted with bemusement to the new that Rice has won FAI International Young Player Of the Year on Virgin Media Sport:

"I thought somebody was messing with me."

"Just give it to the guy in 2nd and forget about Declan Rice!"

"Just scrap the award! It's embarrassing!"

Hundreds Of Flights Cancelled Due To Strike In France