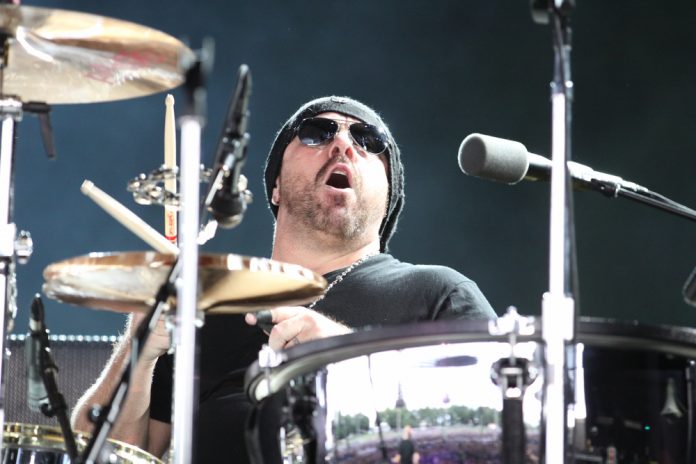 That’s after a request by the band themselves, as they gear up to celebrate their 50th anniversary during the autumn months.

“They have plans for the terminology, Led Zeppelin Experience and I was like, ‘Um, okay, but I need to keep the logo, JBLZE.’ One, I have the tag on my car, and two, I have a huge backdrop that I paid for last year. For me it’s about the music. So the name of it – I just wanted to keep the logo.

“So I said, ‘I got it. Jason Bonham’s Led Zeppelin Evening.’ I don’t know what they have planned, but I said, ‘Okay, I will clear the way so they can do what they wish.”

Bonham’s Led Zeppelin Experience was being used for live performance tributes to his late father John Bonham since 2010.

The Led Zeppelin Evening band first appeared with news of the rocker’s participation on Foreigner’s upcoming summer tour of North America that will have support from Whitesnake and will begin in Bangor, ME on June 15th.

Bonham also joined the surviving members of Led Zeppelin for their December 2007 concert appearance in London that was later released as ‘Celebration Day.’

The drummer continues to record with Black Country Communion and performs with the Sammy Hagar supergroup The Circle.

Unseen Photos Of Nirvana’s Early UK Concerts Have Been Shared