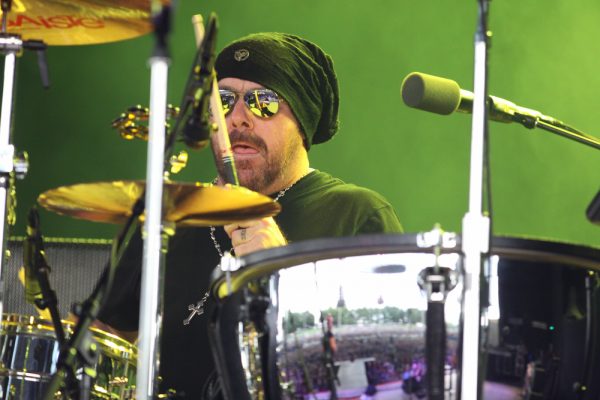 Jason Bonham has admitted that Led Zeppelin lead singer Robert Plant had completely refuted the idea of a reunion tour the very first time the two musicians spoke about it.

The drummer, who stood in for his late father John Bonham at 2007’s Ahmet Ertegun Tribute Concert, revealed he’d anticipated more gigs to follow. That was owing to the work commitment the musicians had made as well as Jimmy Page and John Paul Jones. The Celebration Day event was the very last time the group played together. Robert Plant totally ruled out the notion of any more shows despite the rest of the band seeming open to the idea.

Speaking to Billboard Jason Bonham explained how much work they put in, “We did six weeks’ rehearsal for one show, so I was thinking we must be doing more,” “On the way back I said, ‘I’ve got to ask you… are we gonna get the band back together?’ And he said, ‘I loved your dad way too much. It’s no disrespect to you; You know the stuff better than all of us, and no one else who is alive can play it like you. But it’s not the same. I can’t go out there and fake it. I can’t be a jukebox. I can’t go out there and try to do it that way.’ … He told me, ‘When your father left us, left the world, that was it for Led Zeppelin. We couldn’t do what the Who did [in continuing without Keith Moon]. It was too vital.’”

Bonham’s son realised that Plant still felt the same way he did back in 1980 when his father ‘left this world, “We wish it to be known that the loss of our dear friend, and the deep sense of undivided harmony felt by ourselves and our manager, have led us to decide that we could not continue as we were.”

“And I got it. I was absolutely fine with that. My dad and Robert, they’d known each other since they were, like, 15. It was a lot deeper for [Plant]. So I was OK with it. It was a great time, and to end it the way it did, with that great concert, was for the best. [Plant] said, ‘We needed to do one more great concert, and then maybe put it to rest.'”