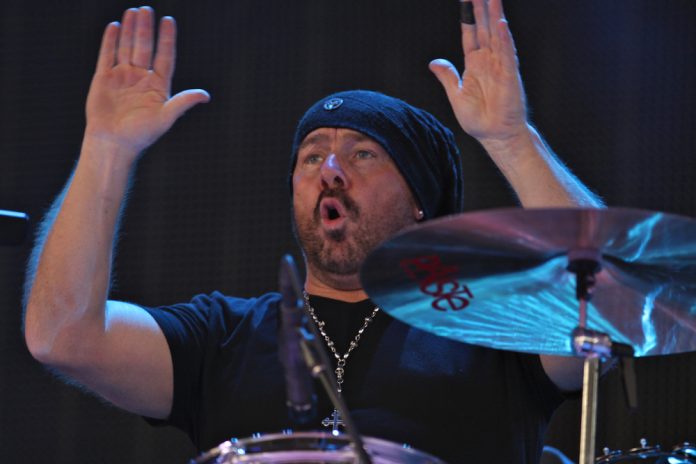 Nova reported a few weeks back that drummer Jason Bonham claimed that Led Zeppelin’s guitarist Jimmy Page introduced him to cocaine when he was only 16 years of age.

Bonham stood in for his late father during Led Zeppelin’s handful of reunion shows over the years, including their 2007 concert at London’s O2 Arena. However, the young drummer mistook comparisons made with him and his Dad as complimentary.

Bonham soon discovered that the likeness with his dad was not based around music, but rather the appetite they both had for drug consumption. Jason says his journey into drug taking started on tour in a hotel when Jimmy Page offered him some cocaine.

Bonham was speaking in an interview to Howard Stern via Ultimate Classic Rock: “We got called to his room. … I was 16 at this point, and there was a woman on the floor with a collar on, meowing, and he had this grinder thing … and he turned it over and he went, ‘Here you go,’ and I went, ‘Thanks.’

Now Jason has come out with a categorical denial of the claims that he did Charlie with the Led Zep axeman. Bonham made the statement via his website:

“It is wholly untrue that Mr J Page offered me any illegal substances either when I was a minor or at all. I apologize to Mr Page, unreservedly, for making these unfounded and untrue comments about him.”

Bonham resolved to speak no more on the matter: