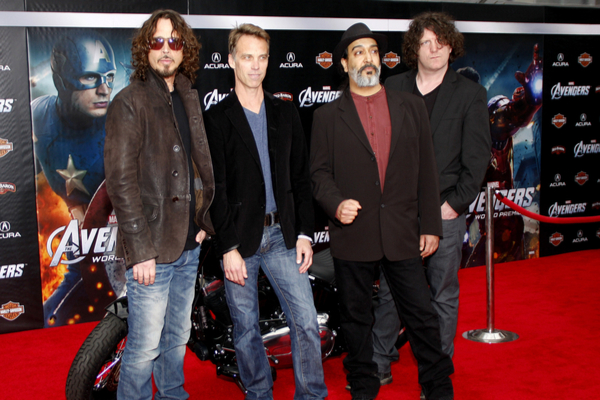 The widow to Chris Cornell, Soundgarden, and official representatives of the late singer’s estate have finally reached a temporary agreement. All parties have recently been at war, following a series of legal disputes over the handling of the band’s website and social media accounts.

Surviving Soundgarden members, guitarist Kim Thayil, drummer Matt Cameron and bassist Ben Shepherd – and their managers, Red Light Management – have regained control of the site and accounts. This temporary regain of control followed a lengthy lawsuit filed by the band over Chris’ wife, Vicky who had used the group’s social media accounts without Soundgarden’s permission.

Vicky is also alleged to have “removed fan comments, and has herself posted images and comments to publicly accessible band social media pages. Some of those postings by Vicky Cornell are intended to denigrate the band and surviving band members”.

The surviving members of Soundgarden now have access to the band’s official social media accounts and website, which Vicky Cornell has barred them from for the past few years.

In a joint statement released by Soundgarden and Cornell’s estate, it is said “The agreement marks a productive first step towards healing and open dialogue, and the parties wish for the social media accounts to celebrate the band’s accomplishments and music while continuing to honour Chris’ legacy.

“Our site is intended to celebrate the music, achievements, career and legacy of the band along with news and information about any current and future plans, including any relevant solo work. We encourage our fans to share their comments, praise and criticism, but we do expect these to be appropriate, courteous and respectful to each other and to the band.”

Soundgarden posted that “we admire the character and calibre of all the fans who’ve supported and grown with us over the years, geez … decades! Keep up proud! Peace and love to our brothers and sisters”.