Home Entertainment Jennifer Aniston Says She Would Like A Friends Reunion 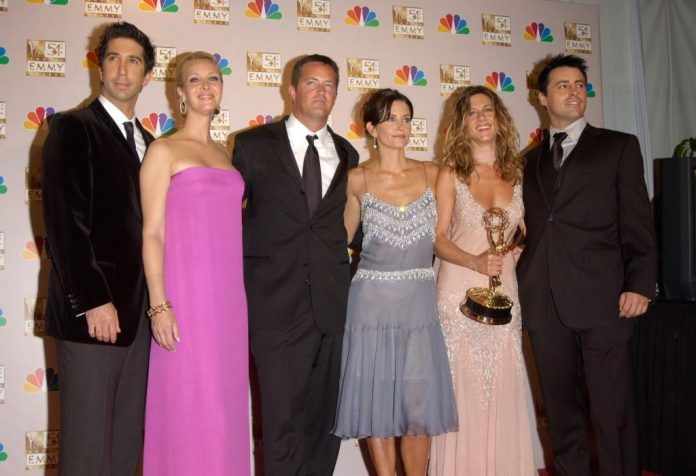 Jennifer Aniston has revealed that the reason why there hasn’t been a Friends reunion is due to her male co-stars.

The actress – who played Rachel Green in the sitcom – said that herself, Courtney Cox and Lisa Kudrow are up for a re-make.

However, she added that David Schwimmer, Matthew Perry and Matt LeBlanc are the ones who are stopping it from happening.

Speaking on the Late Late Show with James Corden though, she hasn’t ruled out the possibility of a comeback:

“The girls always say we would love to do it again and the boys are a little less excited about it for some reason…so we’ve decided that – and I’ve said this before that we will just do a remake of The Golden Girls in 40 years.”