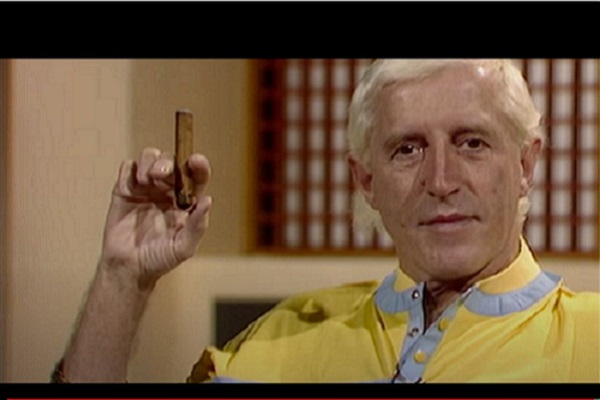 A new documentary about the disgraced British presenter Jimmy Savile will be streamed on Netflix next month.

The film which is titled Jimmy Savile: A British Horror Story will arrive on April 6. This film will also be directed by Rowan Deacon.

The Netflix documentary also promises to explore, “the evil within Jimmy and delves into how he managed to fool an entire nation for four decades”.

Following his death in 2011, copious allegations of sordid sexual abuse were made against Jimmy Savile. An independent review also revealed that several BBC staff knew of Savile’s crimes.

“exposed as a sexual predator”

On Savile, Netflix released this statement.

“He was a national treasure”, they said. “After his death, he was exposed as a sexual predator, with over 450 sickening allegations of abuse”.

A spokesperson also said that this documentary “examines both his career and the allegations and investigations into his crimes as well as Savile’s relationship with the British people, the establishment and the media to understand how he managed to fool an entire nation for so long”.

The film is to explore “the evil within Jimmy and delves into how he managed to fool an entire nation for four decades”.

This Netflix film will arrive ahead of the BBC film Jimmy Savile: The Reckoning, which sees Steve Coogan play the predatory presenter.

The BBC said that they wanted to host their “own” version of the story. The Jimmy Savile story has been previously told by Discovery and ITV.

In 2014, during an interview with Piers Morgan, a famous clip from 1978 involving former Sex Pistols frontman John Lydon came to light. This interview showed Lydon talking about Jimmy Savile, claiming he was aware of his conduct.