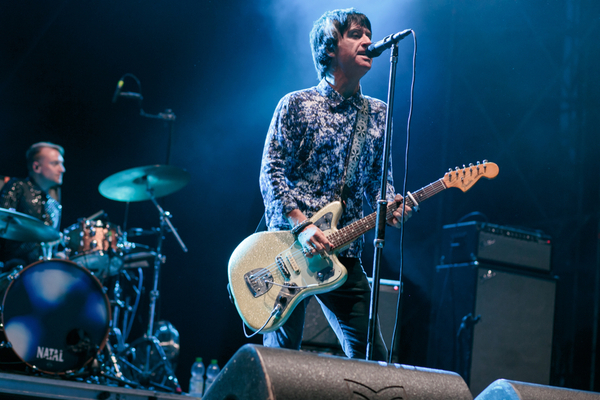 Johnny Marr and Hans Zimmer have shared two new tracks for the latest James Bond installment No Time To Die.

The tracks are called “Shouldn’t We Get To Know Each other First” and “Matera”.

The much anticipated 007 Thriller is to be released on September 30, with the two tracks following up the film’s sound track which was written and performed by Billie Eilish.

Taking to Instagram, Zimmer wrote “The countdown for #NoTimeToDie is on. We just released two new tracks from the @007 score”.

The day after the Bond film’s premiere on October 1, the soundtrack “No Time To Die” will be available to buy and stream. The film also opens in the US on October 8.

Speaking last year, Johnny Marr was also full of praise for Billie Eilish. The pair also joined forces to put together that “No Time To Die” soundtrack.

The former Smiths band member also said that he was “thrilled” to have provided guitar for the soundtrack.

“Growing up as a British boy in the late 60s, 70s, 80s, to me, the Bond theme should have guitar in it – especially the John Barry stuff”, he said.

Calling Eilish’s work “fantastic”, Marr also added, “When I heard the song, I thought ‘this is fantastic’. It’s very brave, being very minimalist. It’s her sound, and then the trick was to Bond-ify it”.

Earlier this month, long time Bond producer Barbara Broccoli also said that a scene the 2012 Bond “Skyfall” which hinted that James Bond had a secret gay experience was almost cut from the film.

Silva can be heard saying to Bond, “You’re trying to remember your training now. What’s the regulation to cover this? Well, first time for everything I guess”.

Bond replies, “What makes you think this is my first time?”.

“I remember we were told to cut that line by the studio”, Broccoli revealed. “That line, just the whole place rocked it then… I remember looking at the studio executive and going, ‘See, told you,”.