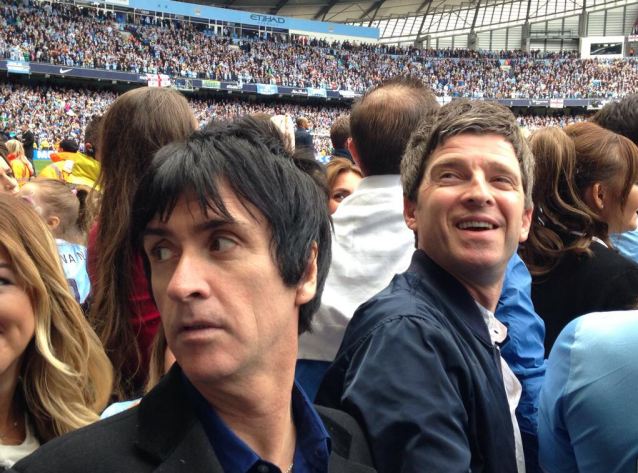 Johnny Marr has opened up about the time he gave a veritable ‘skint’ Noel Gallagher his guitars. That was obviously before the heady days of Oasis when our Noel would have been a young lad.

Marr was speaking in an interview with Radio X about his new record Call the Comet which was released on June 15th. Marr said that Noel Gallagher’s sheer enthusiasm for music inspired the former Smiths guitarist to give away his guitar to the burgeoning musician. Lucky for Noel as the guitarist didn’t have enough money to buy his own. Marr said he clearly had ‘no idea’ just how massive Oasis would become: “They didn’t know! No one could have predicted what was going to happen to them.”

Marr explained he saw something in Noel that drove him to give him the instrument: “He was just this guy who I recognised was intense and really serious about what he was doing, and he was skint and I had a load of guitars and I thought, ‘right OK well I’ll give him this guitar’.

And you know, it could have come to nothing and really it would have made no difference to me. I had some people give me a helping hand when I started out. Little things here and there, and you need it.”