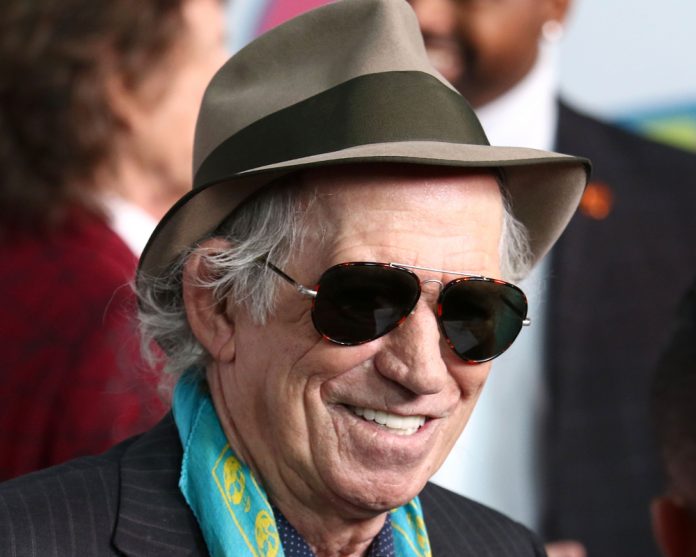 In a new story for WSJ Magazine Keith Richards waxed lyrical about fellow Rolling Stone Mick Jagger. He called him a ‘randy old bastard’ adding that ‘it’s time for the snip’ after his eighth child!

Richards has since apologized for the Jagger comments, saying in a statement,

‘I deeply regret the comments I made about Mick in the WSJ which were completely out of line. I have of course apologized to him in person.’

Never a dull moment for the OAP’s of rock, the band are about to hit the road again, announcing their first U.K. and Ireland tour in 13 years which is an 11-city stint starting in Dublin this May.

When asked about the new Stones Album, Richards explained,

‘I’m going to sound like Trump, It will happen, don’t worry about it but it’s in the early stages, We have some stuff down, which is very interesting.’

Still sounding like Trump he then mouthed off about Mick!

‘Mick’s a randy old bastard. It’s time for the snip, you can’t be a father at that age (73). Those poor kids!. Mick and I would have spats anyway. Mick and I live off of this fire between us. It’s been up and downhill, but if I’m talking about The Rolling Stones, there ain’t a frontman like Jagger. Don’t matter how many bones you want to pick out of him, he’s amazing to work with.’

Richards added that the band were still hungry for for their live shows,

‘All I know about this damn band is that they always want to make it better than the night before. And that’s one of the things that keeps us going. I actually wanted four or five more shows — it stopped just as we were peaking.’

Richards then described his songwriting process,

‘You wake up in the middle of the night with a couple of notes in your head, and you’ve got to get out of bed and figure it out. It’s like being incontinent, either you’ve got to take a pee, or you’ve got to lay this little line down. So you get up, go to the piano or the guitar and hope it sticks. I don’t record shit. If I don’t remember it, it’s no good. I’ll wait for the wife or one of the daughters and see if they start to sing it without knowing it.’

The Stones – No Filter tour, kicks off in Dublin on May 17 with a gig at Croke Park.