Advertisement
Home Music News The Killers Have Us All In A Hot Fuss Over Their Surprise... 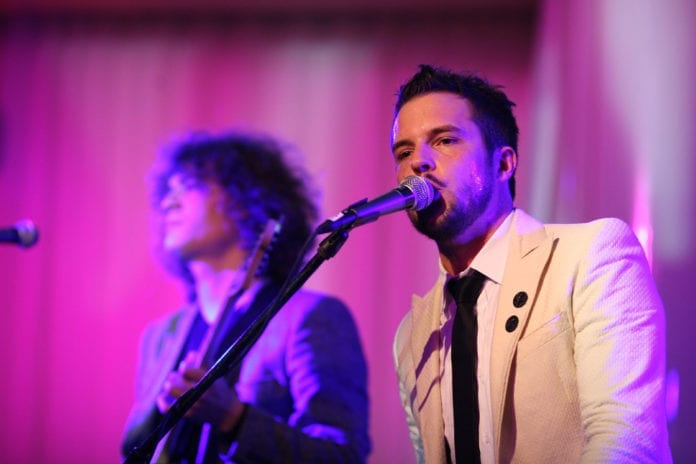 American rockers The Killers have announced a huge UK and Ireland tour set to take place in November 2017 following the release of the band’s upcoming album ‘Wonderful Wonderful’. This news comes as a surprise to fans, some of who will be attending The Killers’ sold out gig this Saturday in Hyde Park.

The band will play 12 dates across the month of November, including The 3Arena, Dublin on Thursday the 16th of November. Check out the rest of the dates below:

You can get your tickets at 9AM on Friday the 14th of July at www.ticketmaster.ie and tickets are priced at €65 including booking and facility fees. There is an exclusive ticket pre-sale which is available for fans that make album orders at www.thekillersmusic.com and also fan-club members of ‘The Victims’.

The upcoming album, ‘Wonderful Wonderful’ will be the band’s first release since their hugely successful ‘Battle Born’ in 2012.

The band recently debuted the brand new video for the new single, “The Man”, which is the first sample of ‘Wonderful Wonderful’. It was directed by Tim Mattia in Las Vegas, the birthplace of the band. The album was also recorded and produced in Las Vegas, with producer Jacknife Lee.

The surprise news of the tour comes after the band performed a surprise set at Glastonbury. Their electrifying set was their first return to the festival since 2007.

The new LP will feature anthems that made the band one of the most beloved and successful rock bands. It is also said to be ‘the band’s most sonically forward-thinking record yet’.

Watch this space for the release! We’ll be sure to let you know.