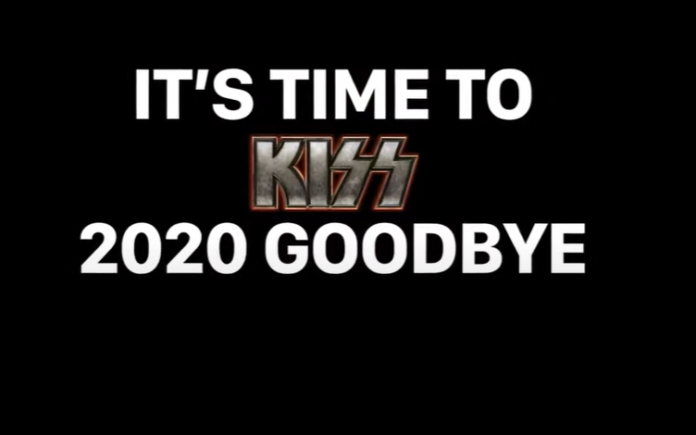 “I can reveal that you have reached a grand total of 73. You are officially amazing”. Those were the words of a GWR adjudicator watching on as Kiss literally kissed goodbye to 2020 with a special New Years Eve Show. If the records that they broke are anything to go by, it appears to have been hugely successful.

Two world records have been broken that we know of, while verification is pending on a third.

Kiss had mentioned about their hopes to get their exploits mentioned in The Guinness Book of World Records at their show in Dubai.

Their third record they hoped to break was for the highest grossing pay-per-view event for a rock music gig.

One of the adjudicators for GWR Records spoke after the show concluded. They reported that Kiss had set records for the highest flame projection at a music gig at 35 metres.

Regarding this feat, the GWR adjudicator said, “I can reveal that you have reached a grand total of 73. You are officially amazing”.

GWR were not quite able to confirm if Kiss had managed to secure the Pay-Per-View record. The record had stood at $10.4 million. It is unlikely that the band will have made a profit margin of $400,000. Especially when you consider that the show cost $10 million to stage. A tenth of that was spent on Pyro alone.

In the show, there was the absence of Gene Simmons’ notorious blood-spitting routine. Certain song lyrics also needed to be censored.

For instance, in the song “God of Thunder”, the lyrics “virgin soul” were changed to “sacred soul”. The word “bitch” was taken out of the song “100,000 Years”. Punishments for use of language that “disgraces the honor or the modesty” of an individual can range from a $2,700 fine to a prison sentence in the UAE.

In other news concerning Kiss, their frontman, Paul Stanley has also hit out at Donald Trump following his attempts to gain votes in Georgia recently. See here.

As well as that, the band have annouced that they are to come out with their own coffee brand!

KISS To Play A Concert At “The Coldest Place On Earth”