Home Music All You Need To Know: Bruno Mars At Marlay Park 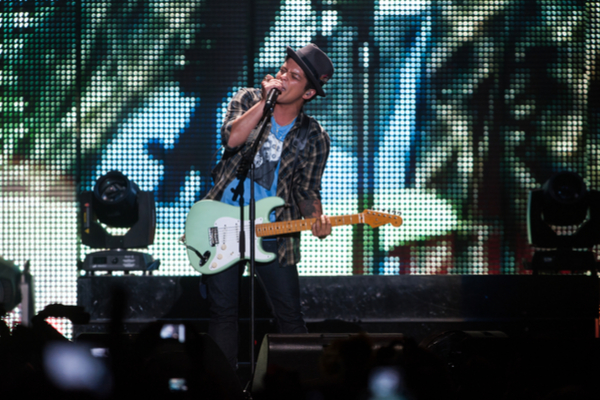 The multiple Grammy Award winner and multi-platinum selling artist will be hitting up the coveted outdoor venue alongside support acts Sister Sledge and DNCE with an intent disco feel.

He is performing hundreds of dates across the tour, but you can be sure each one will be better than the last and concert revellers are in for quite the treat.

If you’re heading along to the gig – here’s a couple of things to be mindful of before hitting Marlay Park.

Take public transport where possible – it’s going to be a busy one. Keep in mind that backpacks and large bags will not be allowed; only small bags measuring no bigger than A4 will be permitted.

Under 16’s must be accompanied by a parent/guardian over 18 and you may also be asked to prove your age with photo ID, acceptable forms of proof include: Passport, Garda age card or driving licence.

Gates open at 5.30pm. While, a shuttle bus will operate between Dundrum Luas station and Stonemasons Way, near the festival entrance. The shuttle will depart Dundrum on first come first serve basis. You can visit www.bushiredublin.net for full details and to purchase your online ticket.

The concert isn’t sold out just yet with a limited number of tickets still available so jump on that one fast!

Music-wise; this is a little snippet of what you’ll be treated to…