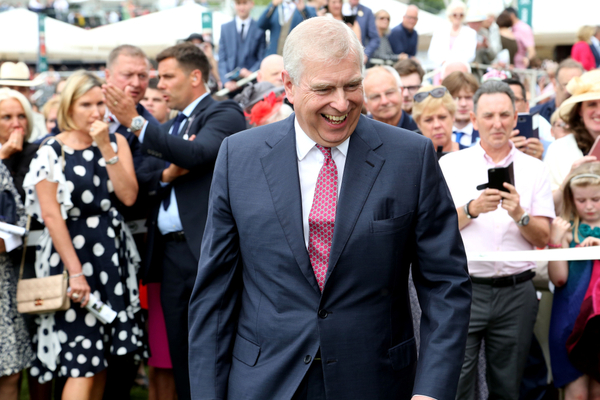 Media lawyer, Mark Stephens has claimed Prince Andrew is a “dead man walking” and must “fall on his sword.” Stephens feels the Duke of York should give himself up for the sake of the Royal family and strike a deal with his accuser, Virginia Giuffre.

Stephens believes the court’s decision to dismiss Prince Andrew’s plea to have the case thrown out has “thrown a bomb” under the Royal family. The media lawyer also feels that this kind of coverage of Britain could threaten to spark a constitutional crisis.

Andrew may yet stand trial for his alleged, sexual assault of then 17-year-old Giuffre, as US Judge, Lewis A Kaplan ruled against the prince. However, Stephens told BBC reporters that a crisis such as this is nature unprecedented territory for the royal family.

“Prince Andrew has nowhere to go. He’s effectively a dead man walking as far as the royal family is concerned,” the lawyer said. “But, the one thing he can do is to accept the responsibility, accept the blame, accept that he has to fall on his sword for the sake of the wider royal family.

“This is the first time that Prince Andrew’s problems have reached into and are beginning to touch the wider royal family. There will be crisis meetings taking place. Downing Street will be being consulted. The Privy Counsellors will be called in and of course, the most central advisers to the key members of the royal family will be coming in to deal with this crisis, a crisis that they have never seen before.”

Although Stephens believes the duke might appeal against the ruling, he rates his chances at 40% – with a financial settlement seen as his best option. He believes Andrew is “going to have to buy this case off as a matter of realpolitik,” whether he denies it or not.

“We are really, with Prince Andrew, in the last chance saloon with the towels over the taps. The only thing that makes this worse is that Prince Andrew has to start giving evidence in this case, whether that’s about his sweating, or his trip to Pizza Express or worse still, he has to deal with the allegations of what he is supposed to have done with a 17-year-old woman.”

Judge Kaplan’s ruling is seen as a massive blow for the duke, whose own lawyer has argued for the case to be dropped. Andrew’s legal team feel Ms Giuffre had waived her right to sue him, as she had previously signed a confidential settlement with disgraced paedophile financier Jeffrey Epstein.

Mr Stephens added, “Judge Lewis Kaplan has thrown a reasoned, judicial decision like a bomb into the middle and the heart of the royal family and threatens to provoke constitutional crisis as a consequence.”

The lawyer further suggested that Ms Giuffre holds “many of the cards” in this case, if the duke is forced into a settlement, raising the price of a financial deal.

Gardaí Investigate After Cash In Transit Employee Stabbed In The Neck