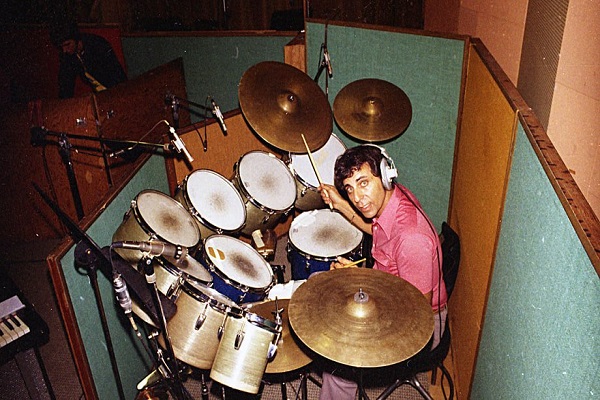 Iconic drummer Hal Blaine passed away yesterday at the age of 90, his family made the announcement on Facebook. “May he rest forever on 2 and 4”.

Blaine was a member of the Los Angeles collective of session musicians known as the Wrecking Crew.

The drummer appeared on a host of the biggest hits of the 1960s and 1970s, from  the Beach Boys’ “Good Vibrations” to Frank Sinatra’s “Strangers in the Night” as well  Barbara Streisand’s “The Way We Were.”

According to the Rock and Roll Hall of Fame, which inducted Blaine in 2000, he played on 40 No. 1 singles. The drummer himself once estimated that he played on over 35,000 tracks. Blaine earned a Lifetime Achievement Grammy in 2018.

He helped Phil Spector develop the Wall of Sound production style at Gold Star Studios and set the bar for rock percussion.

When you heard the Partridge Family it wasn’t Brian Forster as Chris Partridge playing those licks, it was legendary drummer #HalBlaine who passed away at 90. He is the heartbeat of all the songs you know and love. Thanks Hal. pic.twitter.com/oBTNs3Hb3i