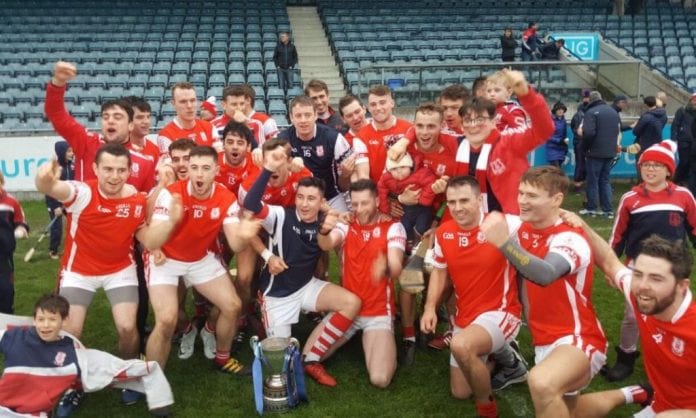 The Dalkey side took on Wexford champions St. Martins yesterday in their semi-final encounter where Cuala came out decisive winners on a scoreline of 3-17 to 0-15.

Young Footballer of the Year, Con O’Callaghan once again proved to be a force, a goal in the first half and three points in the second adding to his tally of 5-10 in four games for the hurlers.

The seemingly unstoppable force that is @CualaCLG keeps on going! Emphatic 3-17 to 0-15 win over @StMartinsGAA and they're though to another Leinster Final #TheToughest pic.twitter.com/Jmpb5ciO7x

St. Martins put up a battle in the first half, however, with the loss of Rory O’Connor through injury, and the sending off of two, Cuala were in no doubt of their fate.

Nonetheless, they will come up against Offaly champions, Kilcormac/Killoughey who overcame Mount Leinster Rangers of Carlow in the second of yesterday’s semi-finals.

The double Ks were struggling to find their footing, until the dismissal of midfielder Cillian Kiely after 20 minutes of play.

Kiely saw red following an off-the-ball incident, however it prompted the Offaly side to gather their groove and they never once looked back.

The prowess of forwards, Daniel Currams and James Gorman helped Kilcormac/Killoughey to an 18-point win with just 14 men for the majority of the game.

The final berth will be played in Portlaoise, and promises to be an entertaining battle for both teams who have encountered home venues until now.