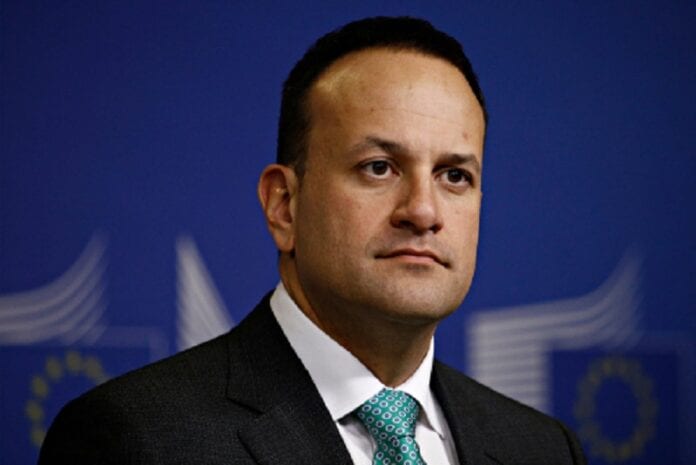 Leo Varadkar has promised his parliamentary party that 300,000 doses of the Covid-19 vaccine will be administered every week in April.

The Tánaiste sent a letter to each representative of his parliamentary party outlining the plans.

As reported in The Irish Examiner, the letter was sent in response to criticism of Fine Gael and the Government’s communication surrounding the pandemic in recent times.

Sources within the party said the letter contains the new living with Covid plan and has been received as “two fingers” to those who criticised the Government.

“The vaccine programme will be accelerated in March and April. Roughly 100k vaccines will be administered per week in March rising to 200-300k in April.”

According to the letter, the Tánaiste took “on board fully the reasoned criticisms about communications” and he believes the new Government plan “is an opportunity for a reset.”

Leo Varadkar wrote “Communication is a job for all of us and, with this plan, there is no reason for any of us to be ‘off message’ for the next few months.”

He also mentioned that some restrictions could be loosened but has urged caution.

“In the run-up to Easter, if we continue on the current trajectory in terms of falling cases and reduced pressure on our hospitals, consideration will be given to the following changes on April 5; relaxation of the 5km rule, re-opening construction, click & collect and allowing more outdoor activity to take place. No further easing of restrictions will be considered until end of April or early May.”

According to sources reported in The Irish Examiner, this is the first time that Leo Varadkar has received sustained criticism from his own parliamentary party.

One party source said “I think he’s being very clever.”

“He’s saying loud and clear, we’re not to have these rows at the meeting and try and quell the anxiety.”

“I don’t know why he sent us the plan, we didn’t need the plan, the people who wrote the plan could do with reading the plan.”

“I wondered if this is his way of sending a message to Fianna Fáil that he was dealing with us.”

Leo Varadkar has been ambitious in his claims about the vaccination rollout. He previously said that 80% of adults would receive at least one dose by June. You can read Radio Nova’s report on it here.

Last week, the HSE aimed to administer 100,000 vaccines but the total figure will be closer to 89,000 as there were supply issues with AstraZeneca.

According to Ireland’s Covid-19 Data hub, a total of 435,895 vaccines have been administered.