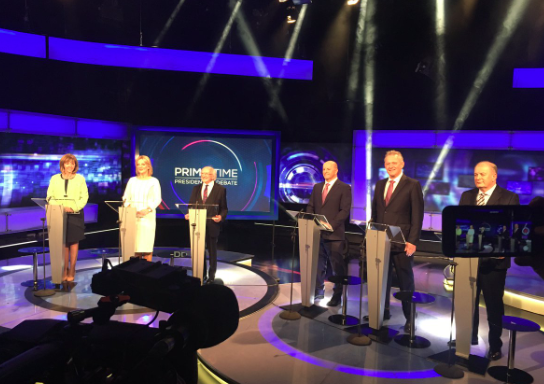 He made the claims during last night’s television debate between all the candidates.

“We’re the ones who are excluding them – and you know Peter if you weren’t being racist – and if you’re weren’t saying this terrible thing….” but Peter Casey responded: “What Terrible thing did I say? I have nothing to apologise for….”

While Sinn Féin candidate  Liadh Ní Riada admitted she takes home €47,000 a year after tax – and not the average industrial wage she claimed to take.

The MEP had said she took the average industrial wage in order to understand how ordinary people live.

However Liadh Ní Riada admitted that 47,000 was a net figure: