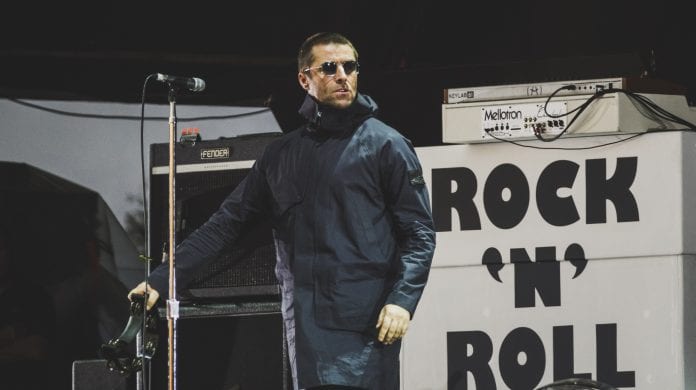 Liam gives us lots to write about here at Nova. Normally we’re reporting about something outrageous he’s said/tweeted, but today Gallagher is the subject of peace.

The NME Awards in 2013 was the birthplace of the long-standing feud between Liam Gallgher and English actor Idris Elba. And the whole thing is very trivial. It all started when they had and “exchange of words”,(as Idris put it) after Liam took an immediate dislike to Elba’s hat.

“It got blown out of proportion, but we kept our hats on, so to speak. It was a good hat, man”, Elba previously said to The Guardian.

“I guess he just took against it. He must have thought it looked silly, because he tried to grab it.”

He later said of Gallagher: “Fuck that idiot”.

But Liam has recalled a different version of events. He previously said that Elba tried to ruffle his hair, which he really didn’t appreciate.

“He messed my fucking hair up so I pulled his hat off and booted it across the room and that’s it”, Gallagher told Absolute Radio.

However it seems that talk-show host Graham Norton may have been all the pair needed to settle their feud. Elba and Gallagher appeared on Norton’s show this weekend and Gallagher has since hinted on Twitter that it may have been Idris who offered the apology.

Liam appeared on the show to promote his new album ‘As You Were’, which is due for release next Friday.

KISS to play intimate acoustic gig without their makeup