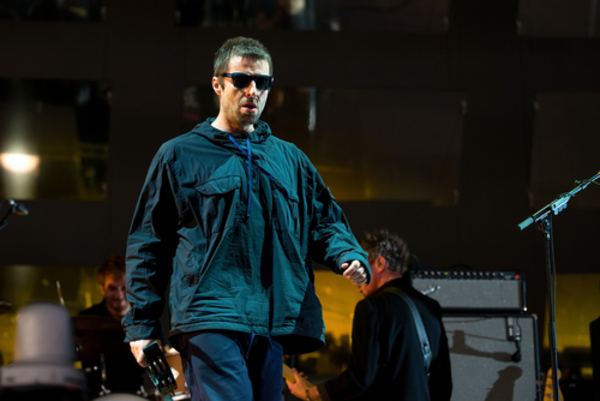 Liam Gallagher has said he is jealous of the Oasis tribute band who recently found themselves trapped in a pub last weekend.

The tribute act, named Noasis, were playing a gig at the Tan Hill Inn in Yorkshire on Friday, November 26th, when Storm Arwen hit.

The Tan Hill Inn is one of the UK’s highest pubs, 528m above sea level, and so quickly found itself engulfed in snow. As a result, Noasis were among 61 people who found themselves trapped in the snowed in pub.

Police advised all of those stranded to remain in the pub until the dangerous conditions cleared.

Trapped for four days, the punters were entertained by Noasis, along with movie nights and pub quizzes.

The hashtag #Snowasis trended on Twitter as the internet was captivated by the story.

“They’ve formed quite a friendship,” said the pub’s manager Nicola Townsend of the stranded guests. “Like a big family is the best way I can describe it. One lady actually said ‘I don’t want to leave.’”

Noasis finally managed to leave the pub on Monday evening.

“Noasis have left the building,” they wrote on Twitter. “Thanks to everyone for the camaraderie within the venue – it’s been emotional!”

Oasis fan Robert Lewis took to Twitter to ask Liam Gallagher “What message would you like to send to the Oasis cover band “Noasis” that was trapped in a remote Yorkshire pub?”

Liam replied, “I’m actually jealous I’m always trying to get a lock in.”

Last month the tambourine used by Liam Gallagher during the recording of (What’s The Story) Morning Glory was sold at auction for £3,600, almost 10 times the listed price of between £300 and £500.

The instrument had been in the possession of sound engineer Nick Brine, who worked on the album.

“It was pretty battered by the end of the session and was going to be thrown away,” he said. “But I claimed it.”

The same tambourine had since been used in recording sessions by the likes of The Verve, Kasabian and The Arctic Monkeys.

Liam recently confirmed that his third solo album, titled C’mon You Know, has been finished and will release on May 27th, 2022.

“My 3rd record is finished of to be mixed by the mighty SPIKE who is a Man Utd fan so god knows what it’ll come back like only kidding he’s very professional unlike his football team C’mon you know LG,” he wrote on Twitter, referencing mixer Mark “Spike” Stent.

Liam has revealed two song titles from the album – Better Days and I Wish I Had More Power. The latter is said to be dedicated to his brother Noel.