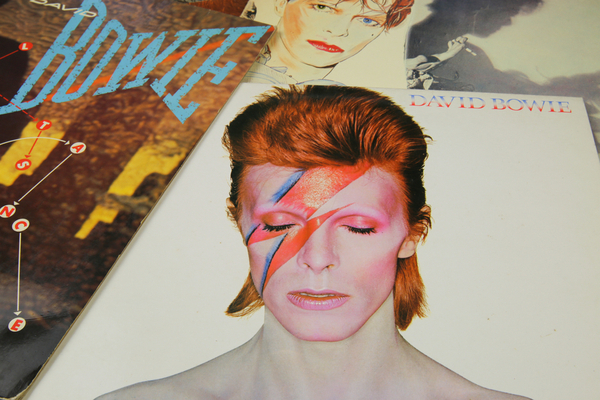 Two versions of the David Bowie track “Shadow Man” have been released by ISO Records/Palophone Records. You can check them out below.

“Shadow Man” was intially released in 1970 and features on the music icon’s “Toy” Album. This album also features on ‘David Bowie 5. Brilliant Adventure (1992 – 2001)’ which came out last November.

Last November also saw the release of another unheard Bowie recording “Can’t Help Thinking About Me”. This was also released by ISO Records/Parlophone Records. More on this report from Nova here.

The first version of the Bowie track “Shadow Man” was recorded in 2000. The ‘Unplugged & Somewhat Slightly Electric Mix’, has also been described on the Bowie website as “a stripped-down mix of a re-recording” of ‘Shadow Man’.

On this track, producer Mark Plati also had this to say.

“While we were recording the basic tracks Earl Slick suggested that he and I overdub acoustic guitars on all the songs. He said this was Keith Richards’ trick: sometimes these guitars would be a featured part of the track, and at other times they’d be more subliminal”.

He continued, “Later, while mixing, David (Bowie) heard one of the songs broken down to just vocals and acoustic guitars; this gave him the idea that we ought to do some stripped-down mixes like that and that maybe one day they’d be useful”.

The second version of “Shadow Man” was released yesterday (January 7). This was intially recorded in the later part of 1970.

To mark what would be the late music icon’s 75th birthday, a special livestream concert was also announced in his honour.

Also make sure to tune into Radio Nova all weekend to check out a career spanning playlist of Bowie tracks and to find out how you could win an 18 LP #Bowie boxset worth €400!

This weekend on NOVA is all about #Bowie as we celebrate his 75th birthday & the anniversary of his death.

Tune in all weekend long for a career spanning playlist as well as chances to WIN an 18LP #Bowie boxset worth €400! #RadioNova100 #SeriouslyAddictiveMusic #davidbowie pic.twitter.com/tuLZIcIADS