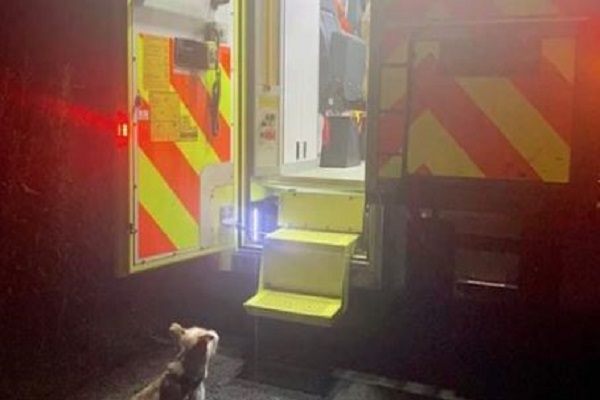 An elderly man was taken to hospital last night after his dog was able to show Gardaí where he was after he had fallen into a ditch.

The man was out walking near Portarlington in Laois when the incident happened.

Gardaí have tweeted a picture of Jack the dog checking on his owner in the ambulance, and wrote that he wouldn’t rest until he could see his owner.

Elderly man out walking his dog last night near Portarlington fell into the ditch & couldn’t get out. Jack the Dog stayed by his side & showed Gardaí where he was. Even when ambulance arrived Jack wouldn’t rest unless he could see him! Owner and Jack home now pic.twitter.com/QqDNpB3CKr