A man has been arrested in connection with the murder of Joanne Lee in Dublin. The 38 year olds body was found in a wardrobe at an apartment in Dublin 6 in February. 38-year-old Joanne Lee -also known as Joanne Ball was last seen on February 5th at her parents’ home in Garristown in Meath and was reported missing several days later.

Her body was found in a wardrobe at a house on Ranelagh Road, Dublin 6 on February 15th.

A murder investigation was launched following a post-mortem examination.

A man in his early 40s was arrested in Dublin yesterday in connection with the investigation.

He being held at Irishtown Garda Station under the provisions of Section 4 of the Criminal Justice Act 1984. 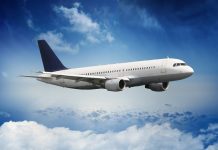