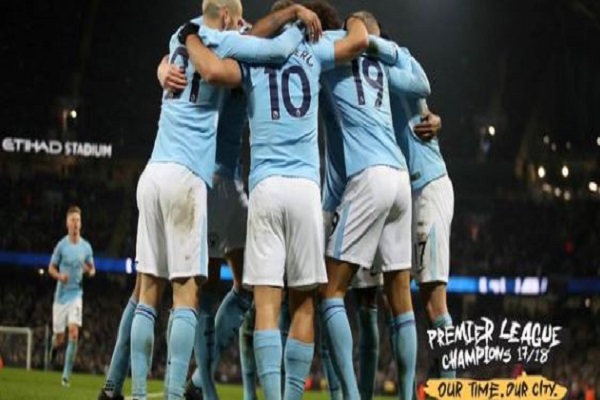 Manchester City are Champions. They have clinched the Premier League title. The failure of Manchester United to beat West Brom has handed them the trophy. The Baggies beat a hapless United side 1-0 at Old Trafford.

It is City’s third title in seven seasons and a first under the Spaniard in his second campaign in charge.

Manchester City winger Raheem Sterling said earlier today he would be happy to win the Premier League ‘while watching the TV.’ After winning 3-1 at Tottenham yesterday,

After the win, Man City went live on Twitter as Vincent Kompany called his teammates to celebrate.

We interrupt your Sunday evening to bring you… https://t.co/41FtlNdYTK

Manchester United’s sloppy game has resulted in a loss to West Brom.

Our Time. Our City.