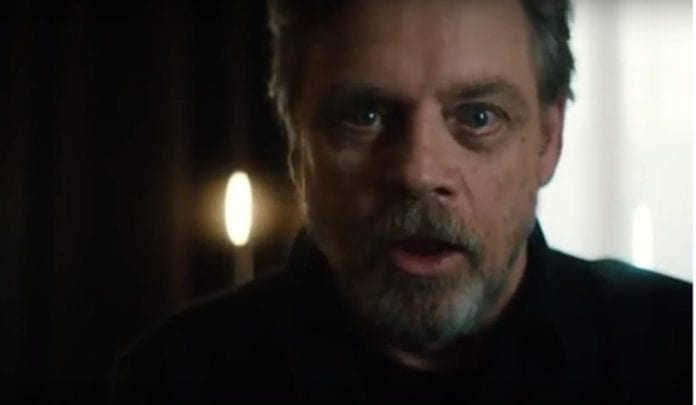 Mark Hamill said on Twitter that he once found a David Bowie review in a Star Wars costume. That’s when the actor was filming the original movie in 1976. The celebrity frequently shares trivia from the movies with his Twitter followers. Now he’s revealed a link between Bowie and the series in his latest tweet.

Hamill said during filming of the original movie in 1976 he had to climb inside a Dewback lizard outside the Cantina. Hamill said, ‘There was a crowbar to lift its head & it was covered in newspaper paper-mache,’ On the paper, he discovered a review of a David Bowie concert in Paris, which the star ‘read by flashlight.’

FUN FACT- When I climbed inside the Dewback outside the Cantina in Tunisia there was a crowbar to lift its’ head & it was covered in newspaper paper-mache, including a review of a David Bowie concert in Paris, which I read by flashlight. Odd, but true. 🤪 pic.twitter.com/KJCpHJ0gcU

Meanwhile, Star Wars fans have started a petition to get Disney to hire an acting legend as a new Princess Leia.

The role was previously played by Carrie Fisher. The star died aged 60 on December 2016. That was after suffering a severe cardiac arrest on board a flight from London to Los Angeles.

Fans are calling on Disney, LucasFilm and their president Kathleen Kennedy, as well as director JJ Abrams to replace Fisher with Meryl Streep in Episode IX. The petition hails Streep as ‘an ideal candidate’, saying she ‘has always been known as the greatest actress alive.’
Don’t forget you can keep up-to-date on all things Nova over on our Instagram page – follow us for all the craziness of radio life coupled with news, sports and LOTS of cool competitions! Click here…