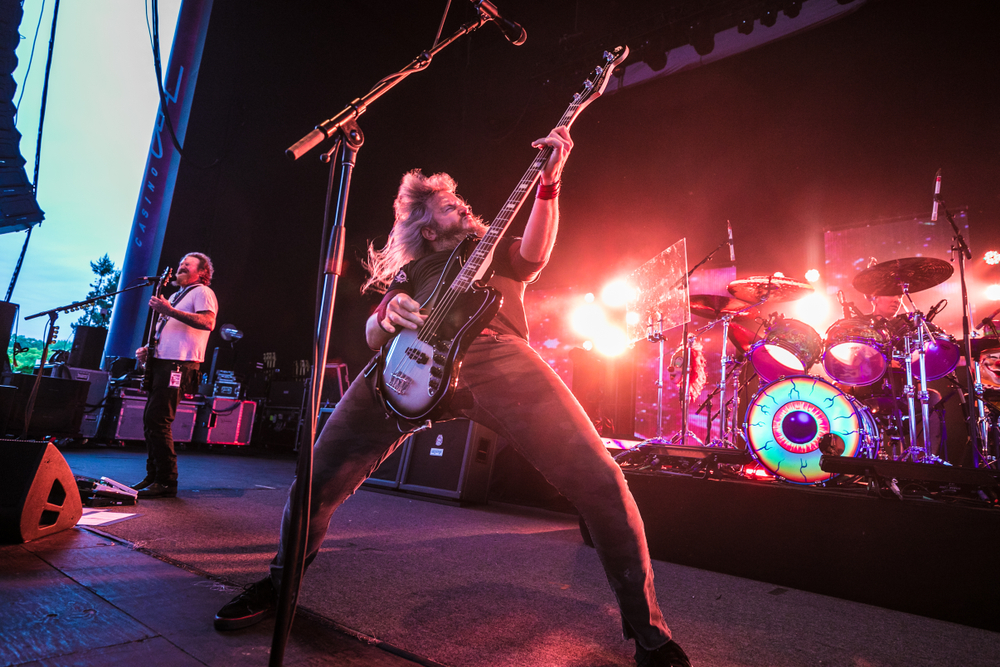 Brent Hinds, guitarist and singer with Mastodon has revealed some intense photos of injuries that he suffered following a hit-and-run last January when he was thrown off his motorcycle.

The singer shared selfies in a revealing post on Instagram last week, November 8th. Hinds’ caption stated that because of his injuries he was forced to miss the Grammy awards in January after the metallers picked up their first award, for Best Metal Performance.

According to the NME, Hinds jokingly teased the rest of his fellow bandmates for not acknowledging him in their acceptance speech.

“[The hit-and-run was] why I couldn’t attend the Grammy’s [sic] where we actually on a Grammy ..!(because I was involved in a hit and run on my motorcycle that ended me up in pistola).. that i got absolutely NO shout out from my best friends/band mates.” Right click the Instagram post to see the photos.

To all the people that think that this is recent ..or funny? please stop the stupid fucking comments ..I put the post up to pimp my “friends”movie..Go see this movie..!!! And go fuck your self’s ..🖕🏿if you think this is funny in any way ..I was lucky enough to live through playing a Lil bit a guitar on the sound track on January 23, 2018 and that’s why I couldn’t attend the Grammy’s where we actually on a Grammy ..!(because I was involved in a hit and run on my motorcycle that ended me up in 🐎 pistola)..that i got absolutely NO shout out from my best friends/band mates💔 ..I know they love me and just be havin stupid nervousness,but still ! Here is a few photos of the results 😂 it’s opnening at @plazaatlanta tonight ! Made by Ben Weinstein ..don’t no his IG handle @hellbound_the_movie

The gruesome injuries photos were also being used promote the release of the film Hell Bound, which features some axemanship from Hinds on the soundtrack.