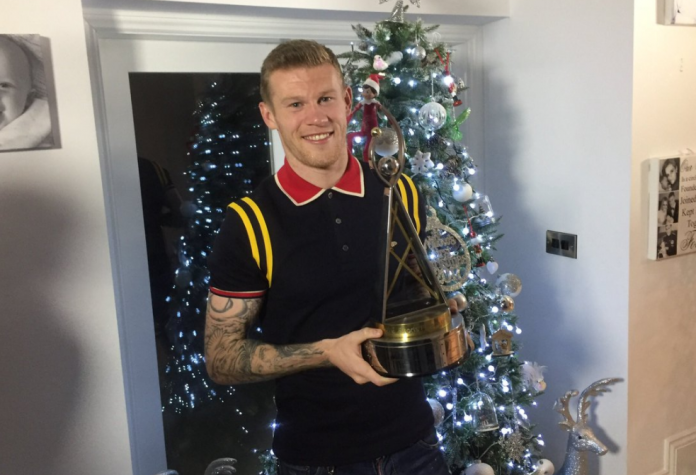 No one is safe from vultures – and Republic of Ireland footballer James McClean is no exception.

The Derry-born footballer who currently resides in England returned home on Tuesday night to an evasion at his home following his exploits on field with West Brom.

The Premier League star was taking on West Ham, but returned home to see his house had been robbed stating on his Instagram the thieves ‘wrecked the place’.

Speaking about the incident on the social platform following his defeat on the field, he revealed his TV and a watch had been taken, before exclaiming:

McClean’s wife Erin also spoke of the news, but thankfully she confirmed the family were all safe.

Thanks for all the messages. Thankfully we’re back home so we weren’t there. Just so sickening knowing someone could go into someone else’s’ house and do that without a second thought for that family.

It would seem it was an evening to forget for recently named RTÉ Sportsperson of the Year, McClean.