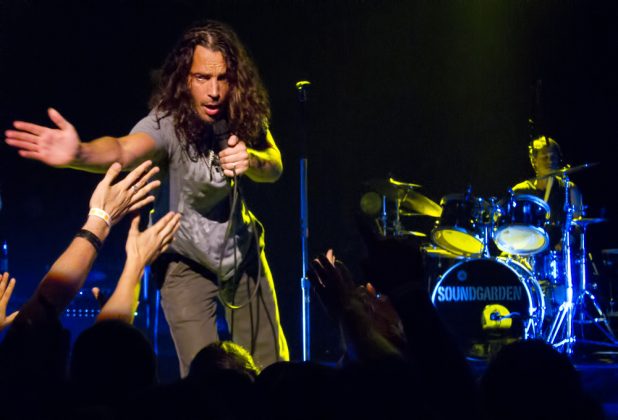 Soundgarden bandmates, guitarist Kim Thayil and drummer Matt Cameron are set to reunite at a European festival this summer. It will be their first live performance since the death of front man Chris Cornell.

Temple of the Dog and Audioslave singer Cornell passed away in May 2017. His death was later deemed as suicide. According to Pearl Jam online, Soundgarden fellow band members will appear at Denmark’s Northside Festival on June 8th.

Thayil and Cameron (who has been Pearl Jam’s drummer since 1998), will be part of a supergroup formed to mark the 50th anniversary of MC5‘s classic punk album Kick Out The Jams. Legendary guitarist Wayne Kramer’s new band is called the MC50 and their set list will feature all eight songs from the debut album plus favorites from MC5’s back catalog.

It would be the first time Thayil and Cameron have performed together since Cornell’s passing. It isn’t anticipated that Soundgarden bassist Ben Shepherd will join them for the performance.

It was also reported that Soundgarden were working on a new album prior to Cornell’s death. Speaking to Billboard magazine Thayil said that the band had been taking their time working on a follow up to 2012’s King Animal.

Matt Cameron will be sitting in on drums for @LateNightSeth all this week! Tune in 12:35am ET. #LNSM #PearlJam pic.twitter.com/LCMLTlWaQ3