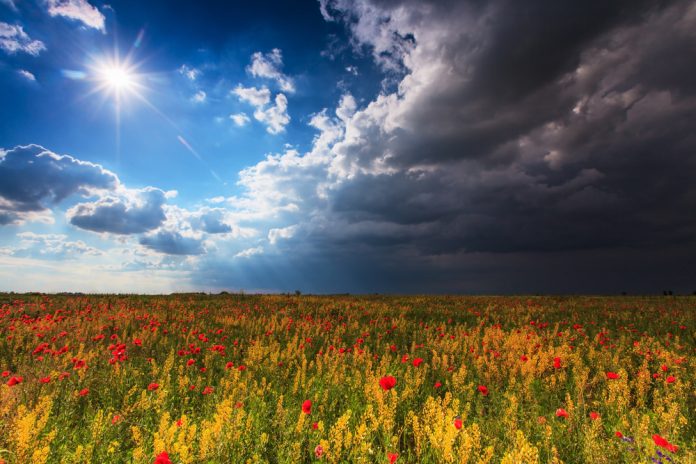 Temperatures are set to drop in Dublin today by about 3C to 16C. So there will definitely be a cooler chill in the air!

However, according to national forecasters Met Eireann it will be a bright, fresh and breezy day with only the occasional shower, before the afternoon.

This afternoon and evening is when we will see most of the rain. with long spells expected heading into the nighttime brings a risk of thunder.

According to Met Eireann today will be: “A bright, fresh, breezy day, with sunny spells and occasional showers, most of the showers this afternoon and evening. Top temperatures of 14 to 16 C., in moderate to fresh and gusty southwest winds.

“Clear spells and just a few showers early tonight, but a longer spell of heavy rain will develop later, with a risk of thunder. Lowest temperatures of 9 to 11 C.”

There will be bad driving conditions across the capital on Friday when will see even more rain heading into the weekend.

So be prepared for more unsettled conditions through Saturday and Sunday. Also, rainfall is predicted to be above normal at the weekend. Met Eireann said:

“Heavy rain for a time on Friday, with some poor driving conditions, but turning more showery in the afternoon. Breezy, top temperatures 13 to 15 C., in fresh and gusty mainly westerly winds.

“The rest of the weekend will be fresh, breezy and unsettled, with showers or longer spells of rain, heavy and possibly thundery at times. Rainfall expected to be well above normal.”