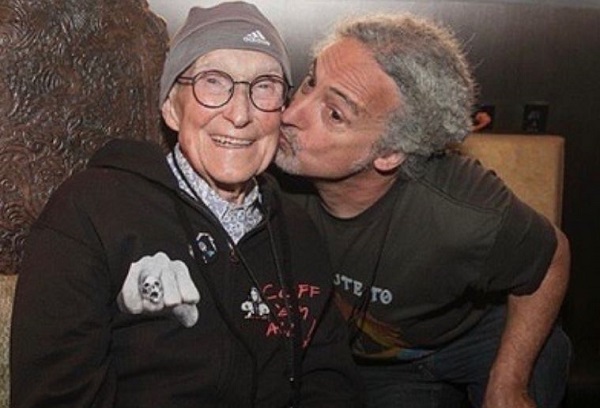 Ray Burton, the father of late Metallica bassist Cliff Burton, passed away at the age of 94 last week.

To mark the passing, the remaining members of Metallica, as well as former axeman with the band Dave Mustaine and Mike Patton from Faith No More paid tribute to Mr Burton.

So sad to hear about the passing of Ray Burton. He was there the first time I played “In My Darkest Hour” in honor of Cliff. Rest in Peace Ray, you will be missed. pic.twitter.com/JuivomHZa2

Shared via Metallica.com, each member of Metallica wrote their own tribute to Ray after a general statement in which the band wrote,

“For 38 years, we were lucky enough to have the energy, wisdom and light of Ray in our lives. His eternal youth with his drive, positivity and relentless smile were both incredibly powerful and stirringly honest.”

Frontman James Hetfield eulogized Ray with a poem, which read as follows:

Mr. Ray Burton is a hero of mine

In earthly form, his end of the line

He weathered many a difficult storm

To his last breath, I’ve not met a more positive man

And to his son there was not a more loyal fan

In earthly form, his end of the line

Mr. Ray Burton is a hero of mine

Bassist Robert Trujillo said, “Always smiling, and always telling it like it is; someone to learn from. Ray’s love for all styles of music was passion driven … Ray was a warrior, and would want us to face life the way he has, with that desire to be the best you can be from the inside out, stay humble, and keep smiling!”

Drummer Lars Ulrich added, “Thank you for lighting up every room you walked into … and of course, thank you for giving the world the gift of Cliff and his unique talents. I’m honored and humbled to have played and stood beside him.”

And axeman Kirk Hammett simply wrote, “Lots of love Ray. May you finally be with Cliff and [Cliff’s mother] Jan.”

So sad to hear about the passing of Ray Burton. He was there the first time I played “In My Darkest Hour” in honor of Cliff. Rest in Peace Ray, you will be missed. pic.twitter.com/JuivomHZa2