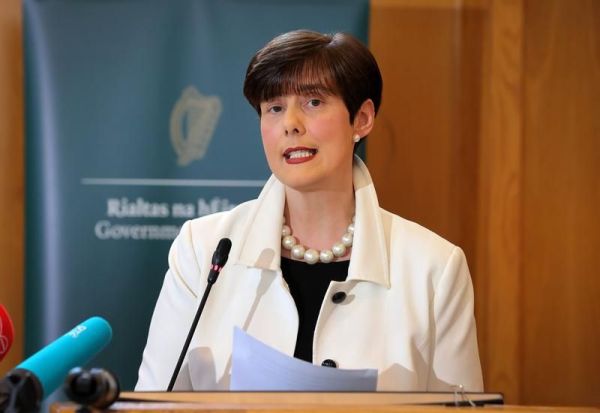 The Minister for Education has told the cabinet she’s planning for a phased return to school for all students next month.

March 1st has been set as a target date, but opposition politicians are skeptical that’s achievable.

This morning Minister Norma Foley told her cabinet colleagues she’s planning for schools to return in less than two weeks time on a phased basis.

But this still has to be agreed with teaching unions with talks ongoing. It is expected the phased return will happen next month.

Cabinet was also updated on the talks around this year’s Leaving Cert with it hoped a resolution will be reached later this week.

While cabinet also approved legislation for mandatory hotel quarantine for people arriving to Ireland from certain countries, which will go before the Dáil on Thursday.

The Taoiseach was speaking on his way into this week’s Cabinet meeting where the issue will be top of the agenda.

He told reporters including the Mirror outside Government Buildings: “I think it still holds in terms of clarity this week because the students of Ireland require that.

“It’s been a very stressful and very anxious time for students, and for the education world in general, because Covid-19 has upturned all of our lives, particularly young people’s lives and particularly in the context of education.

“So I think it’s very important that all involved in the talks do everything they possibly can to bring clarity now to the situation for the students in terms of the Leaving Cert class of 2021.

Mr Martin added: “I think that will happen, I think the talks have been intensive, they’re continuing and we will be briefed by the Minister for Education at this morning’s Cabinet meeting and we’ll take it from there.”