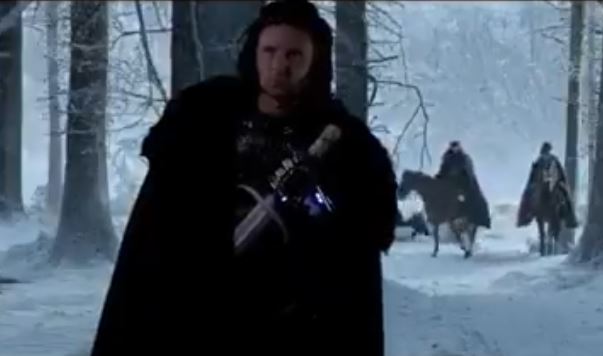 Muse frontman, Matt Bellamy has shared a new song ‘Pray’ which is on the forthcoming drop of the new Game Of Thrones album ‘For The Throne’.

To celebrate the eighth and final season of Game Of Thrones, a record of music inspired by the hit fantasy series has been revealed.

Among the new tunes, ‘Pray’ is the first solo release by the Muse frontman, which he shared online with a Game of Thrones teaser video.

You might notice from watching the clip that there’s a new character introduced who looks very familiar. Check it out below!

The NME reports that Bellamy’s appearance in the teaser has in fact been superimposed! Wouldn’t have seen an interstellar twist to the storyline coming!

Muse have been playing Matt Bellamy’s new cinematic tune as an interlude during their recent live shows. That’s in support of their 2018 album ‘Simulation Theory‘.