Home Entertainment Netflix and chill with some music legends tonight 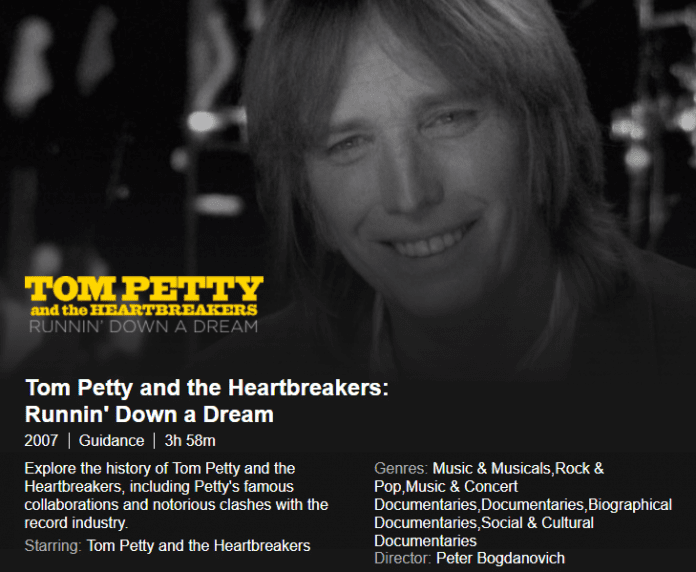 This week we sadly lost another rock legend – Tom Petty, but tonight with Netflix you can watch him and a host of music icons including David Bowie, Jimi Hendrix, Kurt Cobain and Jimi Hendrix in a variety of documentaries celebrating their lives, their music and hear stories from friends and family who knew them best.

Pop some corn and get comfy on the couch with 8 of our favourites on Netflix now:

Tom Petty & The Heart Breakers – Runnin’ Down a Dream

Explore the history of Tom Petty and The Heartbreakers including Petty’s famous collaborations and notorious clashes with the record industry.

Bowie : The Man Who Changed The World

Experience an inside look at David Bowie’s incredible influence on music, art and culture via interviews with some of the people who knew him best

Vintage concert footage, personal artefact and his intimate musings reveal the private side of the life and career of rock guitar god Jimi Hendrix.

Explore five key years from the extensive career of the ever-evolving Rock provocateur David Bowie, drawing from his personal archives.

This film charts Nirvana’s Kurt Cobain rise to fame, his drug addled romance with Courtney Love, and the conspiracy theories surrounding his death.

This absorbing documentary profiles session musicians the Wrecking Crew, who provided backup instrumentals for numerous popular bands in the 1960s.