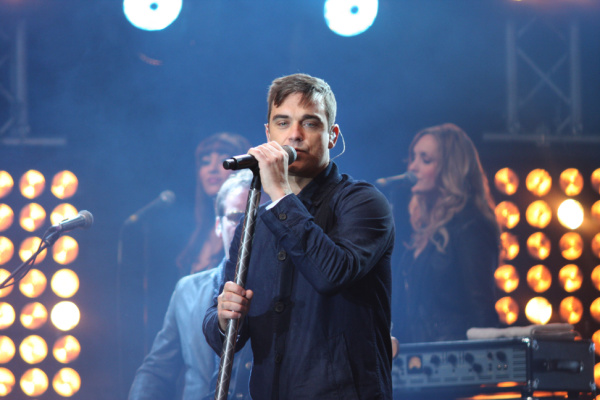 A new documentary series on the life and career of Robbie Williams is coming to Netflix!

Arriving at some stage in 2023, the series has been described by Netflix as an “unfiltered, in-depth examination” of Williams’ life in public.

News of this upcoming documentary was announced during the Edinburgh TV Festival. A clip was shared showing a naked Robbie Williams lying on a sofa, comparing his singing voice to a “gift from god”.

This series about the former Take That singer will be directed by John Pearlman, with Asif Kapadia serving as executive producer.

Pearlman was also behind Bros film After The Screaming Stops. Kapadia has worked on several documentaries for household names like Amy Winehouse, Ayrton Senna, and Diego Maradona.

This tour will see Williams taking to the stage at Glasgow, Birmingham and Manchester, where he also added extra dates. The singer will take a show at Ireland’s 3Arena on November 1.

Williams tweeted, “I can’t wait to be back on tour in the U.K. & Ireland later this year… Order XXV from my official store before 8PM tomorrow for first access to tickets. See you down the front! Love, Rob x”.

“Due to phenomenal demand multiple extra dates added to Manchester @AOArena,Birmingham @RW_Birmingham and Dublin @3ArenaDublin. For all latest information and ticket links visit”.

See the tour dates below.

Along with supporting his upcoming album XXV, arriving on September 9 the tour will also celebrate Robbie Williams’ 25 years as a solo star. More on this report from Nova here.