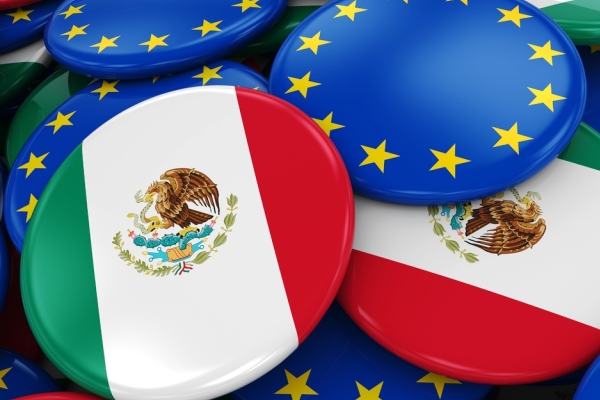 The EU and Mexico have reached an initial agreement on a new free trade deal. The deal was first signed in 2000 – and the updated terms will include duty-free trade between the two countries in sectors like agriculture.

The news that the European Union and Mexico have reached a preliminary agreement on a new free trade deal is great news for Irish business, a Fine Gael Minister has said.

Pat Breen, Minister of State for Trade and Business said: “Ireland is ideally placed to benefit from the removal of tariffs from goods and services to Mexico. This preliminary deal between the EU and Mexico is great news.

“The existing deal between the EU and Mexico is 21 years old and mainly covers industrial goods. This updated deal seeks to include a wide range of sectors, with agricultural exports from the EU set to benefit the most.

“Ireland is a significant exporter to Mexico of powdered milk and milk derivatives, the removal of tariffs should boost this trade significantly.

“This is very welcome, particularly to our farmers and the agri-business sector as a whole.

“Ireland has deep ties of friendship with Mexico and I have no doubt this deal will present a plethora of opportunities for Irish business,” the Fine Gael Minister said.

“Mexico is Ireland’s largest trading partner in Latin America, accounting for over half of total merchandise trade with the region. “This trade was worth over €1.7 billion in 2016.

“The EU hopes to have the deal with Mexico finalised by the end of the year and is the first EU trade deal that contains an agreement to tackle corruption, very important for businesses hoping to break into a new market.

The Marker Hotel Up For Sale