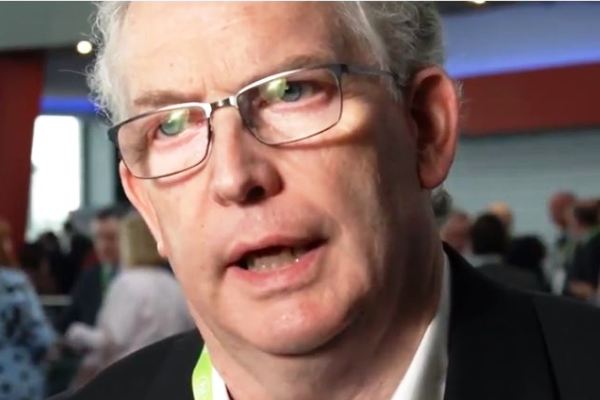 A cabinet meeting due to take place in County Monaghan tomorrow has been moved back to Dublin so Ministers can deal with the latest in the CervicalCheck scandal.

But now the plans have been scrapped so the Taoiseach and Ministers can stay in Dublin and focus on the CervicalCheck scandal.

There’s renewed calls this evening for Tony O’Brien’s resignation from the HSE after documents were released to the Public Accounts Committee.

They show that in 2016 the HSE was planning to stop telling patients about the audits of their smear tests, while continuing to prepare a media strategy to deal with the fallout.

The memo from TWO YEARS AGO warned HSE management that some women involved may go to the media after speaking to their doctor, and warned them to prepare for the headline ‘screening did not diagnose my cancer’.

It also recommended pausing all letters to patients, while awaiting legal advice.

Stephen Donnelly TD, Fianna Fáil Spokesperson on Health said, “The release of these memos poses serious questions for the Government. This drip drip feed of information is showing that the Government is clearly not on top of the issue, feeding into widespread anger and worry across the country. The memos released today provide another example of the patient being lost as a system tries to protect itself.

“It is critical that public confidence in the national screening programmes is high. That is not being helped by the HSE, which seems to have mismanaged its whole approach. I said last week that the Director General of the HSE should step down, without prejudice, with immediate effect. I put that to him directly this week at committee, and in light of the memos released today, I am repeating that call.

“The Government must clarify whether it has confidence in the Director General, something they have studiously avoided doing to date. They have other questions to answer too:

“Who specifically were the memos sent to in the HSE in 2016?

“What response issued to CervicalCheck and in whose name?

“Who saw the memo in the Department of Health, and when?

“Was there any communication to the HSE on foot of it?

“Did anyone bring the memo, or the issue, to the attention of either of the Ministers for Health in 2016 or their advisers?

“These memos show a consistent approach of containment. Language is used such as “pause all letters”, “seek legal advice”, “prepare media plan” and “continue to prepare reactive communications response for a media headline that “screening did not diagnose my cancer”“.

“The Government has a lot of explaining to do. It must work to restore confidence in the national screening programmes, and being honest about its own confidence in the Director General would be a good place to start.”

People Before Profit has said that the revelations that Tony O’Brien had read a 2016 memo which warned that women who had received false negative cervical screens could contact the media shows that he must resign from the HSE.

Brid Smith said this latest twist in the Cervical Screening scandal means O’Brien’s position has “gone past its sell by date” but poses more questions for the government.

Bríd Smith also said that the Health Minister and the Taoiseach must answer questions in the Dáil about their knowledge of the 2016 memo. She said that if those questions are not answered properly then the government must go.

She said: “Firstly we are reiterating the call for HSE chief, Tony O’Brien, to go. The fact that he read the 2016 memo warning of women going to the media about their screenings not diagnosing cancer confirms he is unfit to lead the HSE.

“It would be incredible if the contents of this memo would not have been flagged to the Minister for Health at the time, Leo Varadkar.

“As Emma Mhic Mhathúna said this morning, it is clear that this government and the HSE are not capable of looking after the interests of women in this country. If the Taoiseach and Simon Harris cannot provide satisfactory answers then this government has to go.

“The women of Ireland will not stand for this. There is furious anger across the country about this national scandal and the government must take responsibility for this failure.”