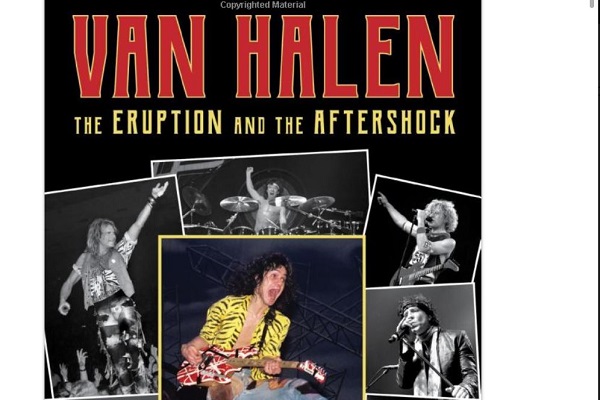 A new book telling the epic story of one of America’s greatest bands Van Halen is available on October 1. See here.

Backbeat Books have announced “Van Halen: The Eruption and the Aftershock” will be made available in multiple formats.

It is fair to say that the band have weathered one of the most dramatic soap operas in rock history which would also bring them into the fabric of every musician who heard them.

They also have had their fair share of unrivaled live shows that have wowed and stunned audiences worldwide.

Van Halen: The Eruption And The Aftershock

The book also features interviews from fans, artists and insiders who witnessed the band’s rise to the top.

“This book has been a passion project from the beginning, and you’ll be hard pressed to find another writer who has covered Van Halen so comprehensively over the years and with such reverence”, says the book’s writer Michael Christopher.

He also added, “But after the passing of Eddie, the news cycle eventually moved on. As it says in the introduction, I wasn’t ready to, and felt like there was still much to say, not just from myself, but the fans, musicians, and so, so many more who have been affected by Van Halen”.

What does the book examine?

Back in July, Sammy Hagar had previously apologised for mentioning the late Eddie Van Halen’s drinking issues in his autobiography. More on that here.