Home Sport No Blues For Ladies On All Stars Night 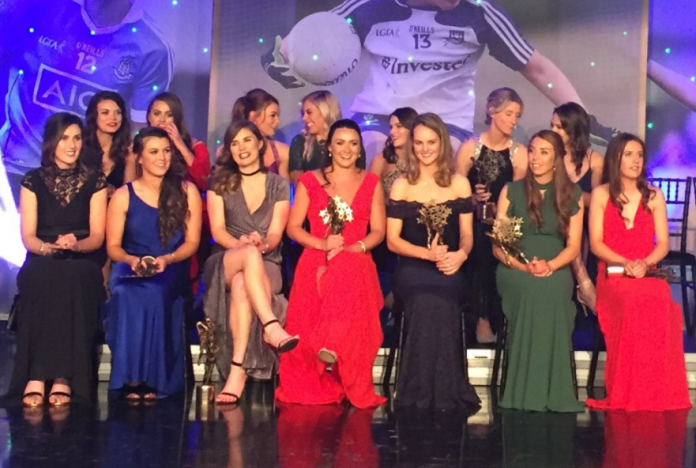 The TG4 Ladies Football All Star awards took place over the weekend, however, there were no blues in sight when it came to the Dublin ladies football team.

Taking home six All Star awards and a player of the year gong meant there were plenty of smiles all around for the Dubs at the Citywest Hotel.

Topping off a successful year for the Dublin side, Noelle Healy, who picked up her third All Star on the night, was also awarded the Players’ Player of the Year award.

While Healy has become the first Dublin player to collect the award, the historics weren’t about to stop there as Mayo’s Cora Staunton made history of her own.

The stalwart’s side bagged three awards on the night, with teammates Sarah Tierney and Aileen Gilroy.

Players from Armagh, Cork, Kerry and Donegal were all represented on the night, as Donegal’s Ciara and Niamh Hegarty, became the first set of sisters to be named together on an All-Star team since 2013.