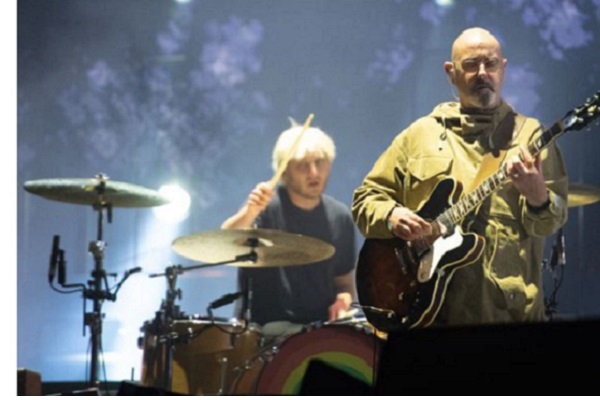 Arthurs founded Oasis alongside Liam Gallagher under their original name The Rain, before Gallagher suggested changing the name to Oasis. However, the band did not enjoy any real success until Liam’s brother Noel joined them.

‘Bonehead’ had left the band in 1999, to spend more time with his children.

Taking to Twitter, Arthurs confirmed the news regarding his cancer diagnosis.

“Just to let you all know I’m going to be taking a break from playing for a while”, he wrote. “I’ve been diagnosed with tonsil cancer, but the good news is it’s treatable and I’ll be starting a course of treatment soon”.

“I’ll keep you posted on how it’s going, I’m gutted I’m missing the gigs with Liam and the band”.

After hearing about his former Oasis bandmate’s unfortunate news, Liam Gallagher took to Twitter to share his support for Arthurs.

“Sending BIG love to the 1 n only Bonehead and his family wishing you a speedy recovery we’re all thinking of you rasta you’ll be back on stage bfore you can say r we doing Colombia LG x”, Gallagher wrote.

Meanwhile, Tim Burgess of the Charlatans also added, “Sending much love to the one and only, the wonderful and lovely @BoneheadsPage x x”.

Speaking of Gallagher, he has already stated that he is finding life as a solo artists “boring as f***”. Check that out here.

Fangclub Announce Headline Gig At The Button Factory In December