Home Music News The Origins And Meanings Of The Libertines’ ‘Don’t Look Back Into The... 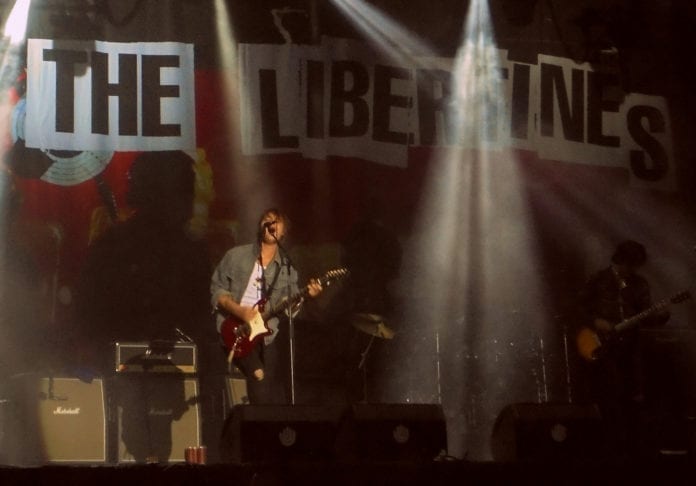 Carl Barat of The Libertines has discussed the origins and meanings of the band’s well known single ‘Don’t Look Back Into The Sun’.  The track was released in between the band’s debut album ‘Up The Bracket’ and their self-titled record. It was a single-only release, with many fans believing that the song is actually about Pete Doherty and Barat’s strained relationship.

Barat said the following to NME recently “Don’t Look Back Into The Sun’ began when we were sitting in Paris,” “We were borrowing a flat from a record label girl, and it was overlooking the Sacré-Cœur. Pete was trying to cook some potatoes, and he wasn’t doing a good job – they wouldn’t boil quick enough. For some reason we couldn’t eat them so we lobbed them out into this schoolyard. There were no kids in there.”

He went on: “A certain Oasis song and a certain Velvet Underground song, the titles of which were put together and made the title of that song – it’s also the same chord progression. We went about infusing it with our own rhyming idea, then when you start writing about something because it’s there, you start unintentionally outpouring whatever’s in your heart and mind at the time.”

“It’s funny how that happens. It seemed quite poppy and throwaway at the time, as these things often do.”

Barat also said the following when asked about the inspiration for the lyrics of the track: “They’re quite personal, but they’re quite universal in their abstractness. They were kind of specific at the time, but I don’t want to say any more than that.”

“They’re about the authors, but it’s strange how when you write something stream of consciousness, you’re just making rhymes and suddenly you’re looking at a mirror. I think maybe that happened a bit in that song as well.”

Speaking about the music video which is now regarded as iconic, he said: “This chap Alex Carr, who was going out with our manager at the time, he put it together. It was footage of Sean McClusky’s anti-Jubilee gig at the ICA, to protest what was going on at Pall Mall. So you had Brian May on the roof with a wind machine, then us in the basement. The video was basically taken from that day – just us wondering around the streets in our jackets and things.”