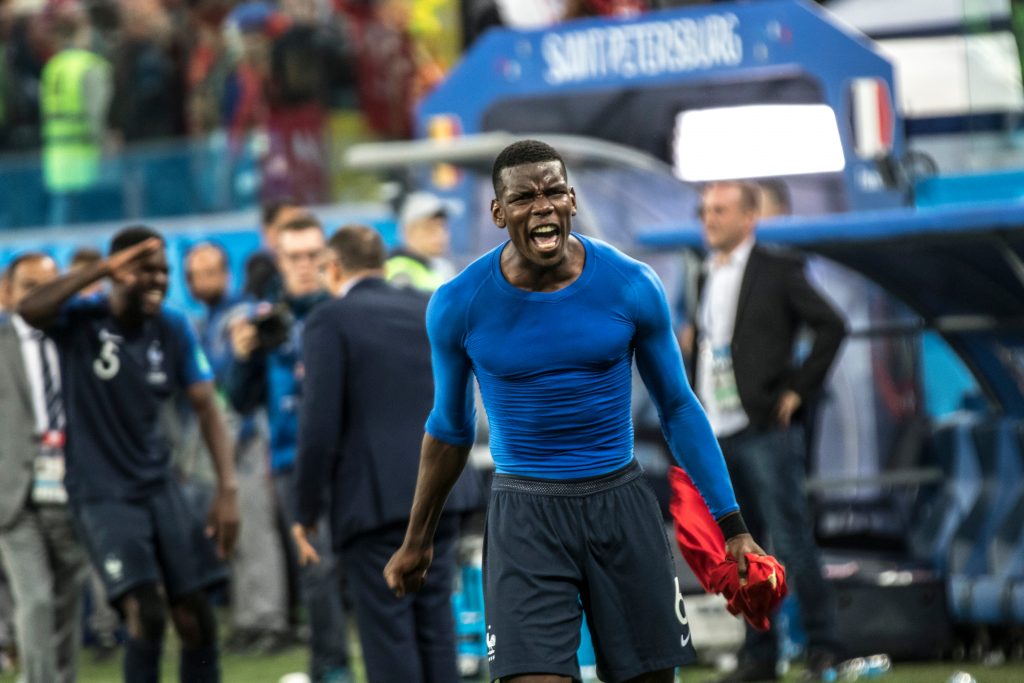 The Red Devils’s record signing had a difficult season at Old Trafford, but rediscovered his form at the World Cup.

He scored to help France beat Croatia 4-2 in yesterday’s final in Moscow.

Reports in Spain claim Pogba wants to leave United and is looking for a move to Barcelona.

The French team will receive a hero’s welcome when they return to Paris today.

Thousands of fans are expected to line their path as they parade the trophy along the Champs-Élysées.