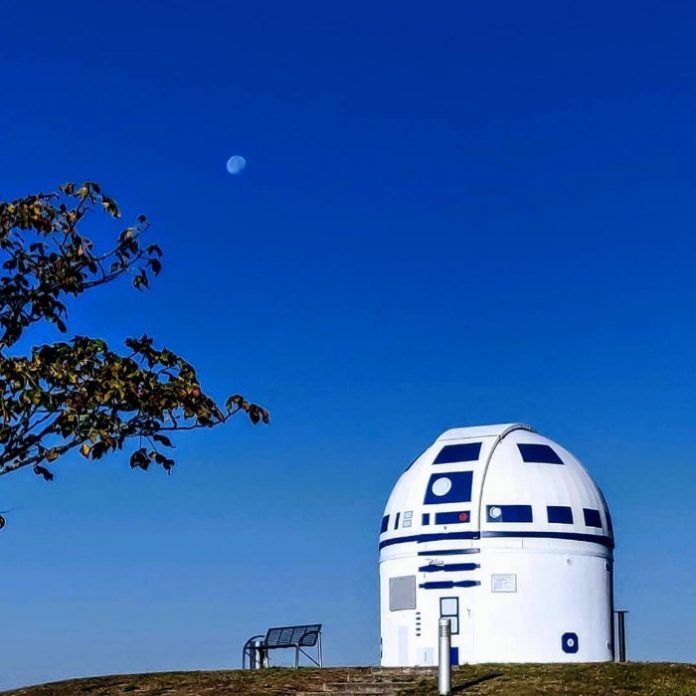 Is this the droid you are looking for? In Germany, in September of 2018 one man with whom the force was strong, chose to make his observatory a little more eye-catching!

Hubert Zitt boldly painted his interstellar lookout post like R2-D2 from Star Wars. Enlisting the assistance of a small team, Mr Zitt transformed the Zweibrück Observatory of the Natural Science Association into a massive R2-D2.

Helped by his father-in-law Horst Helle, Ziit completed the paint job in September 2018. The excellent replication caught the attention of Star Wars fans around the world.

Dr. Hubert Zitt is also a huge sci-fi fan. and in the autumn of 2008, he became a regular lecturer at the The University of the Incarnate Word in San Antonio, Texas teaching ‘The Physics of Star Trek.’