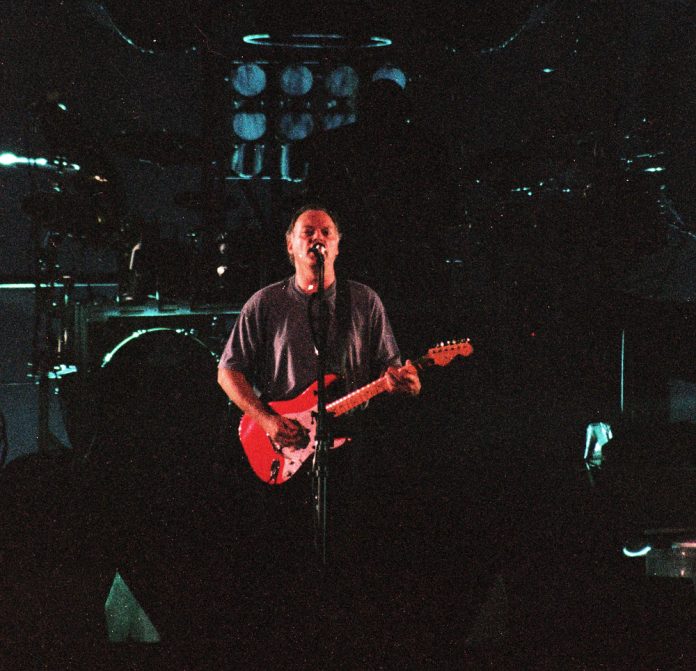 David Gilmour has returned with his first song in over five years called “Yes, I Have Ghosts.”

Gilmour has teamed up with his wife Polly Samson to contribute to the audiobook version of her latest novel.

Polly’s vivid and poetic writing, coupled with her very natural narration voice, made joining forces to produce the audio version of A Theatre for Dreamers a fantastic and fulfilling experience,” Gilmour said in a statement.

“The audiobook format has so much untapped potential, and I am surprised more musicians have not creatively collaborated with authors, narrators and audiobook producers in this way before. The two worlds seem to seamlessly link, and music can really help to bring audiobooks to life in unexpected new ways.”

Check out the song below.