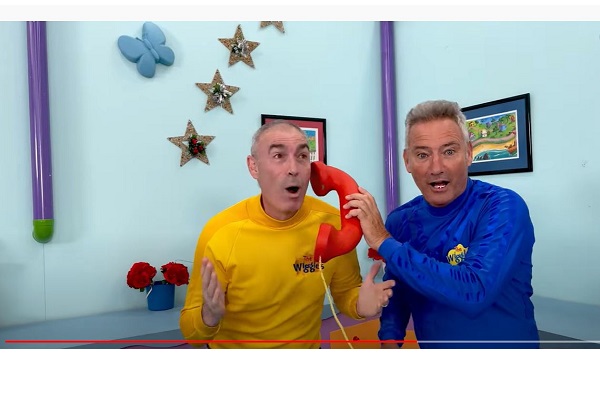 Famous children entertainers The Wiggles have released a special album which includes covers of artists like Queen, the Rolling Stones, Blondie and AC/DC.

Other covers also include Tame Impala and the Dropkick Murphys.

The album is called ReWiggled and will arrive on 11 March 2022. It is also divided into two parts.

The first part features Austrailian acts such as Custard, The Chats, and the Melbourne Ska Orchestra who cover Wiggles tracks. While the second part includes The Wiggles covering series of tracks from previously mentioned acts.

This part was also inspired by their contribution to Aussie Radio station Triple J. This contribution is called Like A Version. This segment shows bands performing two songs, one of their own and a cover.

“It’s been really enjoyable, and also so humbling, hearing all these wonderful artists doing their versions of Wiggles songs”, The Wiggles’ founder Anthony Ford said. “They’re all so very talented”.

He also added, “And it’s been a real thrill to get back in the studio together with all the Wiggles – the current members and the OG’s – to record some cover versions of our own. We had so much fun doing Elephant [originally by Tame Impala] for Like A Version, and now we’re really excited for people to hear what we’ve cooked up for this record!”.

On top of this, The Wiggles are to hit the stage in Austrailia in February, celebrating their 30th anniversary. They will be supported by DJ Deathrays, Polish Club, and Planet. Get your hands on tickets here.

Last month, Queen’s Greatest Hits has become the most streamed album in the UK. More on that here.